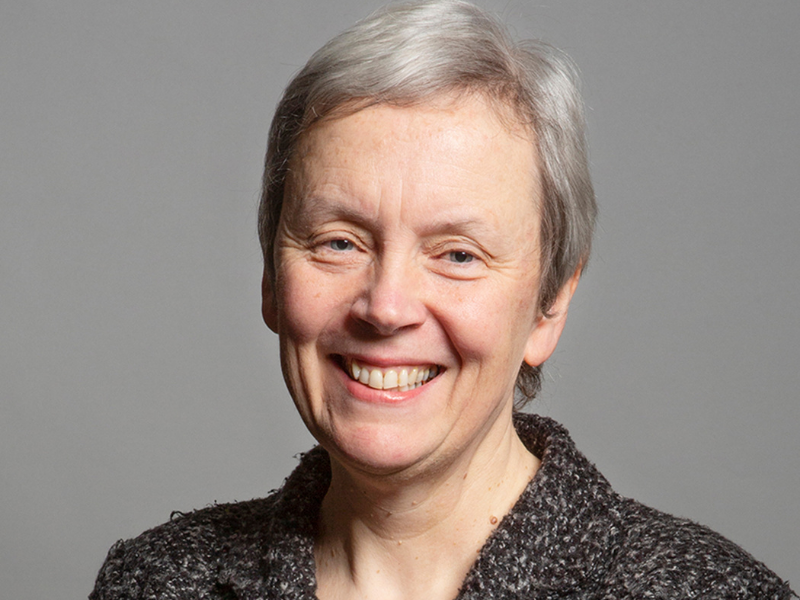 Margaret Greenwood: “We need to imagine another way of doing things”

I’m a great believer in adult education. It’s a fantastic way to open up new ideas – especially in a good adult education centre, which creates a sort of formal environment. When these places are working well, you might see people saying, “I want to do needlework” or “I want to study chemistry”. As we move towards automation as a civilisation, it becomes more and more important that we focus on lifelong learning and that we follow through on the whole reskilling agenda.

The problem with this government is I don’t think they understand the untapped potential in our society or the knock-on costs of a huge issue such as child poverty. Take malnutrition – we know the impact this has on the development of the brain, and on the emotional well-being of children, and their ability to learn. Of course, you could highlight the economic impact of that – and that’s something we should do. But I’m more worried about the human impact.

We need to imagine another way of doing things. For instance, imagine if we could sort these kinds of problems out earlier in life: we’d be in a much healthier place as a society. We want a population where whatever life might throw at people, they have agency to change, and to forge their own paths. What happens instead when that’s not done can be heart-breaking; there are people who feel they’ve suffered an irreversible defeat in life. I think we can be better than that.

I’ve seen the toll at first hand. I remember when I first went door-knocking as a candidate in my constituency of Wirral West. There was a 28-year-old woman with four young children and I asked her how things were. She said: “I don’t mind it when I can’t feed myself, but I hate it when I can’t feed my children.” That’s damning. I also met a primary school teacher in Manchester and she left teaching because she was finding it too upsetting to try and feed the schoolchildren every day. She’d buy loads of bread and jam and give them milk, paying out of her own money. She didn’t mind paying for it but she found it too upsetting. Understandably she felt it was not her job. The government needs to focus on the fundamentals of poverty, hunger, and the emotional well-being of children.

Sometimes it can be things you might not think of which are most empowering. Education generally remains undervalued, but take the example of musical education in this country. Our access to that is very patchy indeed. It depends on the type of school you go to whether the local authority still has the money to offer serious exposure to music.

It should be a guiding principle in our society that every child has the opportunity to learn a musical instrument. I remember a school in Everton which made a point of making sure that everybody in the school should learn an instrument – and they didn’t just stop at the children. They also made sure that the staff, and the catering staff had access to music; they wanted to encompass the whole place in that opportunity.

And why might that be important? I think it’s clear. Learning an instrument develops the attention span, and creates fantastic listening skills – not to mention emotional empathy. In addition to that it encourages working with other people – and no matter what you end up doing in life, that’s going to be of crucial importance. But I think it’s more even than that. It’s about the sheer enjoyment of it, and having something you take forward in life – a kind of buffer.

People might also be surprised by how much music can touch you; it’s not this elitist thing. I remember going to a retail outlet to buy a hi fi. I wanted to check the speakers and I put on a Bach violin concerto. Everyone stopped. There were all these people looking at fridge freezers and things, who’d never been exposed to classical music before. This woman came over to me with a baby and a buggy and wrote down the name of the piece of music.

That’s what I mean by adult education. Yes, everyone wants a job and to get on in life – but we also know that life is so much more than that. We’ve a long way to go before our education system is matched to that belief.