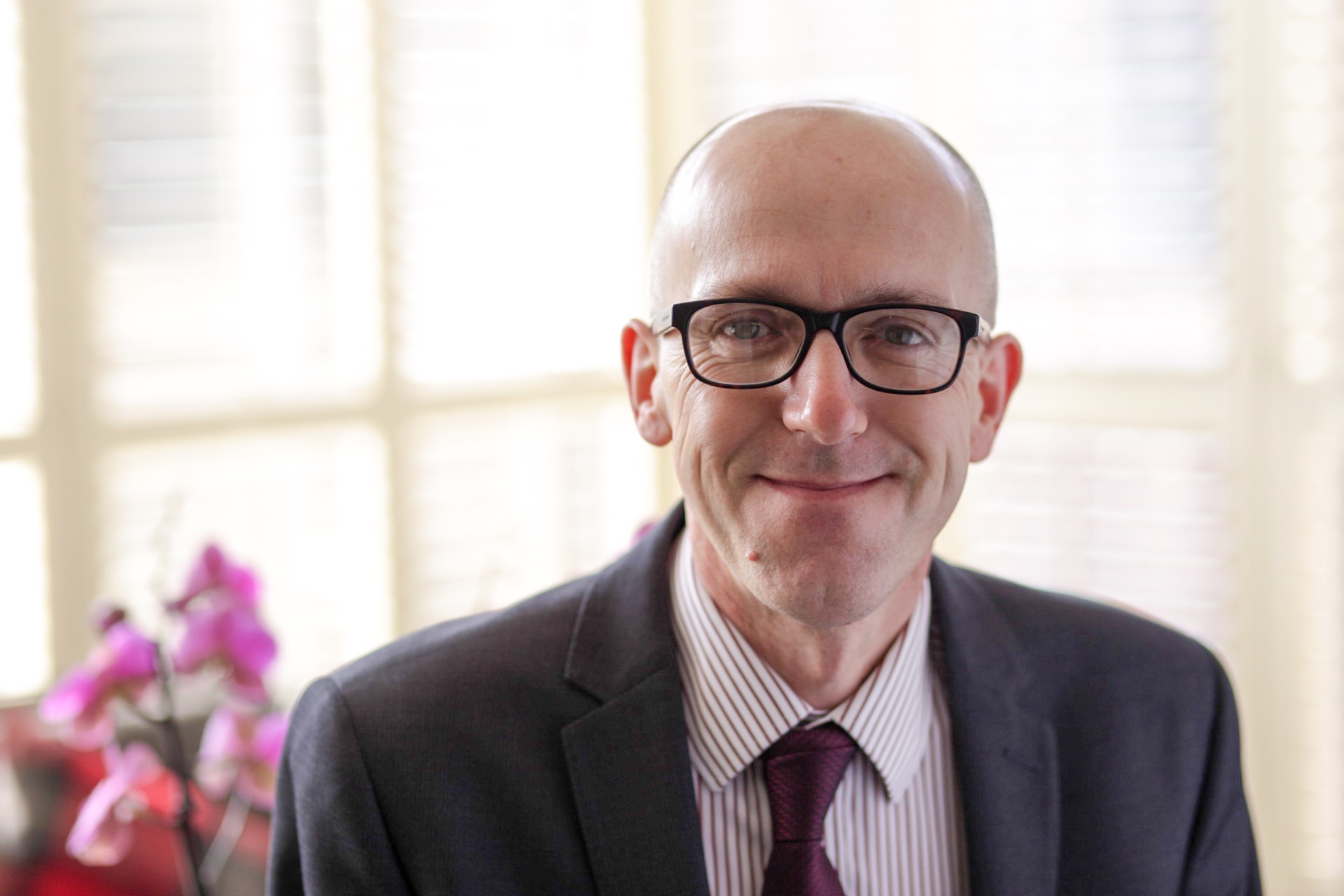 Lloyd’s of London’s Craig Civil: “Data science is part of our daily lives”

The business world is changing all the time. To the layman, and even to many leaders, there can be a bewilderment when it comes to the latest terms: AI, crypto, blockchain. Ignorance can create a reluctance to engage.

A case in point is the ubiquity of the word ‘data’. We hear it all day long: ‘big data’, ‘send me the data’, and the idea of an organisation becoming more and more ‘data-centric’.

So what does this mean? It’s simple, really. It means that organisations have increasingly come to see data as being at the core of forging strategy. Such an approach used to be the domain of the largest corporation, which were the first to employ data teams. Nowadays, as technology evolves, start-up companies build their strategy from scratch – and they do it around data.

That means it’s a widespread profession, with its own ‘power list’ of the 100 most influential practitioners. One such award-winner is Craig Civil, Head of Data Innovation, R&D and Analytics at Lloyd’s. Civil joins me for a Zoom call from his home in Suffolk, and is relaxed and friendly throughout.

As it turns out, the team Civil oversees is relatively small (‘there’s three people in my team plus me’). This size of team enables Civil to be nimble across Lloyd’s operation. “It’s a deliberately decentralised model,” Civil explains, “ensuring that we collaborate with all the data people across the organisation. We are the conduit that receives the idea. We then find the right people to partner with – whether those we actually employ or people in an external organisation.”

Civil has had a long and varied career. His first job out of university was with the East Anglia Electricity Board in the archive department. It was an early opportunity to shine. Civil realised that there was an opportunity to move all the paper information stored for local primary care contractors – things like surgery opening times – from paper records to electronic records. By having all that information kept in, to use the data jargon, a “Structured Query Language (SQL) database”, it could be made easily available to the general public. Civil was able to overlay geographical information to illustrate where people’s nearest surgery was within certain driving distances.

That made Civil a natural fit for the healthcare sector. He went on to manage a department in the NHS, before moving to US-based healthcare analytics company Health Dialog, which was seeking to enter the US. Civil recalls that period with affection: ‘There was only a handful of us to start up the organisation in a rented office in Cambridge, and it was really successful. We were doing cutting edge things in terms of how you use data analysis to create a product store for the NHS. But it was always kind of a struggle to make money, because the US model of healthcare with insurance is obviously very different to ours.”

In time, Health Dialog was bought by Bupa. Civil was by now very experienced and using state of the art population health algorithms and incorporating these into the world of health insurance. It was this which led him to the specialist insurance market, joining Lloyd’s of London in 2016.

How did he make the switch? “I felt like I’d done enough in that industry and wondered whether statistical models could be applied to a different industry,” Civil says. “I thought I’d try something completely fresh and new – and lo and behold, the opportunity at Lloyd’s popped up. I thought ‘Let’s see what happens’.”

Over the course of Civil’s career, data science has become one of the most sought-after careers, and has changed substantially. What hasn’t changed is the need to gather data, understand what customers actually know and what the end outcome could be.

At the beginning of Civil’s career, his work would probably not have been labelled “data science” – it was really just “stats”.  That’s a measure of how much the sector has changed. Citing the example of the current Covid-19 vaccination programme involving the ability to target particular age groups in particular locations, Civil makes a telling remark: “Data science is so much of what we do now. It’s part of our daily lives.”

So what are the qualities needed to succeed as a data scientist? “You need a blend of skills which complement each other,” he explains. “First you absolutely require pure technical skills such as coding in R or Python, together with an understanding of various statistical models and their pros and cons.”

But in addition to these skills, you need something more important: “You need the mindset of continuous learning because all these technologies evolve so fast,” Civil continues. “Data scientists innovate, are able to communicate the results and present what is often really complex analysis in a way that engages an audience.”

That sounds a lot. Does every data scientist really need all those skills? “You can never expect every data scientist to have all of these skills, as long as the team is built of people who collectively cover all these angles. This comes about more effectively through having diversity of background and thinking within teams to encourage this. We take that aspect very seriously at Lloyd’s when building teams.”

I get the impression that that’s partly what makes Civil so successful. Craig puts down a great deal of his success to the fact that he has had inspirational people to work with who have become his mentors. He is mindful nevertheless that some organisations are more forward-thinking than others when it comes to the notion of being “data-centric”.

So what’s his advice to data scientists who are struggling to gain traction with senior leadership? “It’s important to seek out across your organisation people who do similar work and have similar interests to yourself. You need to nurture them so that they eventually become your champions.” The goal, Civil says, it to build a “data community”, which becomes visible to the whole organisation: “If you do really neat and innovative work in an engaging way, people will think ‘I’d love to be part of that’.” In addition, you need to “bring your analysis to life and be succinct, and show that what you do has a positive impact on the business, such as making operational saving or reducing operational risk.”

So what might that involve? Civil advocates creating a “data strategy navigator” and tying that to business outcomes. In doing that, it helps to look ahead by three to five years. “My approach is to take each business objective in turn and put a “data lens” over it. It’s a matter of aligning business objectives with data objectives and considering where the best ‘bang for the buck’ lies. As well as covering these operational outcomes, you should also have a longer-term objective to create a “data culture” across the organisation as we’ve done at Lloyd’s.”

As part of its digital transformation programme, one of Civil’s key achievements at Lloyd’s is his creation of a non-technical data science course for his community and beyond, which has proved very popular across a wide range of people and roles at Lloyd’s. “It’s a non-technical course created with the Southampton Data Science Academy. It has an eight-week curriculum with up to 60 staff being trained per year in three “cohorts”.  The course enables staff to feel more comfortable in technical data conversations, to convey quantitative information in an engaging “data visualisation” and to begin to identify use cases for data science from their own team that they might not have considered previously,” Civil explains.

So has it been successful? “We’ve received very positive feedback from Lloyd’s course attendees and we’ve now made the course available to market colleagues as well after requests to enrol.” In addition, Civil has added a more technical data science module involving technical insights and the use of Python for a smaller subset of delegates, together with a new “AI for business” course.

It all amounts to a vivid example of how a small core team can empower many others within a large corporation at different levels of technical involvement to enable Lloyd’s to progress on a truly “data-centric” journey.  Civil has plainly achieved much by drawing on his early career skills to understand the capabilities of data and building teams within public sector and then commercial environments, from small start-ups to large organisations.

It’s also a testament to his success that he has been able successfully to align business objectives to data objectives by looking at issues through a “data lens”, consider the skillset and tools needed to move businesses forward, share and disseminate his knowledge through training, enable data literacy amongst staff and be able to engage like-minded people within to make this all happen.