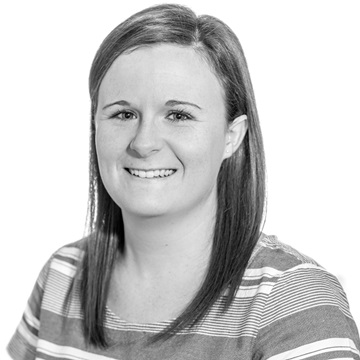 Three years ago I moved to Hong Kong to work as an education consultant and during this time the city has changed in a subtle way on a day to day basis, and in a momentous way when you contemplate its future. In my role I have unique insight into the long-term plans of families as we discuss their children’s education and have noticed several trends with regards to the attractiveness of the UK, which has traditionally been the destination of choice for schools and universities.

The political change in Hong Kong has had a limited impact on schools for now, but parents do seem concerned about how this might change over time. International schools have greater autonomy than local schools in terms of the curriculum but the unpredictability is unsettling and has unnerved parents who had not previously planned to move away from Hong Kong.

Hong Kong nationals born before the 1997 handover were always eligible for BNO passports which gave visa-free UK visiting but not the right to live and work there. In response to the recent law changes, the UK government upgraded the BNO status allowing Hong Kongers to apply for a visa that provides a route to UK citizenship.

Crucially, this visa also provides the dependents of BNO passport holders the right to attend state schools for free and for whole families to relocate together. Before this, the only option for families without the right to live in the UK would be boarding school which provides students themselves with a study visa. But with costs of around £40,000 a year this was unattainable for most. It also meant being separated from their children, which, pre-Covid was manageable. But during Covid this has been very stressful for families. This was highlighted recently when flights from the UK were suddenly banned on July 1stleaving many students separated from their parents for the summer.

Using their BNO status to relocate the whole family to the UK has become a popular option. Only time will tell how many of these enquiries translate into actual moves; the UK government predicts 300,000 over five years. That said, the grass isn’t always greener and the cultural and language barriers may prove challenging for some when it comes to finding jobs and settling in a UK town. In Hong Kong you can get to most places within 30 minutes, taxis are dirt cheap and many families have a live-in maid for around £500 a month. When faced with the realities of an across London commute and the cost of childcare many discover that life in the UK isn’t quite what they expected.

Before the BNO visa was an option, when I asked families about their reasons for considering educating their children in the UK, the answer often centred around universities and the tradition and prestige that is acknowledged worldwide and therefore translated into good employment opportunities. In 2020, there were over 7,000 applicants to UK universities from applicants in Hong Kong – a 50 per cent increase from 2010. With the increased competition, families started to consider boarding school in the UK at younger ages to try and maximise the chances of a successful university application.

Great social and political pressure is being placed on Oxford and Cambridge to reduce the percentage of successful applicants that attend private schools which may change the perspective of parents trying to maximise their children’s Oxbridge chances. A parent who selected a school such as Winchester College for their son six or seven years ago may now be disappointed with the Oxbridge results which will have decreased considerably during this time. Arguably, this will not affect students applying from Hong Kong as they are classified as international students and therefore do not contribute to the private school stats. But in fact, there are several schools in Hong Kong which can boast better Oxbridge numbers than many UK schools and so savvy parents may re-think their UK plans.

University rankings are often referenced by parents in my conversations with them, with future employment correlated with the university reputation and ranking. While this is historically true, it will be interesting to see how this changes over time with many big companies using blind recruitment processes to mask an applicant’s background and placing greater importance on the skills rather than name of institution.

A lot has changed in Hong Kong, and for now the UK is still a very popular destination for both schools and universities. With the rapid social and political change in both places it will be interesting to see how this evolves in the next few years.