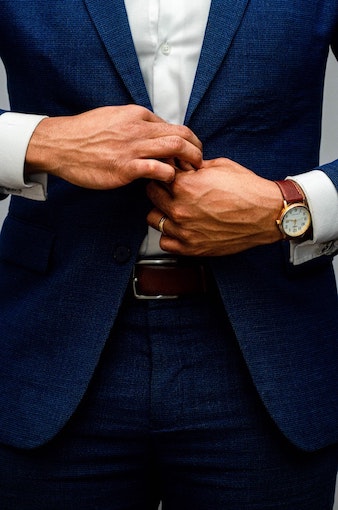 A recent leaked memo from within the Labour Party says “the use of the flag, veterans, dressing smartly at the war memorial etc. gives voters a sense of authentic values alignment.”

This new strategy, reportedly led by Keir Starmer himself, has met with a mixed reception and reopened a conversation about the importance – or not – of dress codes. Starmer’s vision, which aims to enact a smartening up of his parliamentary party after the shaggy appearance of the Corbyn years, amounts to much more than just an ephemeral concern about aesthetics.

The Leader of the Opposition, irrespective of party, should be seen as a Prime Minister in-waiting. A smart presentation that adheres to an unofficial dress code demonstrates a respect for both the role of opposition, but also the high office they hope to fill. It is about respect for institutions and values that are bigger than anyone who inhabits an office at any given time.

Dominic Cummings’ slovenly appearance was a purposeful mark of disdain for the establishment and the institutions that govern us. A dress code around public office is not antiquated; it is a physical symbol of continuity. Politicians, their aides, advisors and civil servants work for the people. They have worked to serve them before, and those that fill the same roles will do so after them. An adherence to the same dress represents this consistency of purpose.

I have never found dress codes to stifle creativity or even individuality: they are instead a basis from which to start from and to work around. Instead of being a source of anxiety and stress, they can be a great relief for people nervous about what to wear to a certain event, social gathering or new job.

There is no job more important than representing the best interests of a nation, making decisions on how to aid the vulnerable and care for the sick. Our politicians need to lead by sartorial example: it is the least we should expect of them.