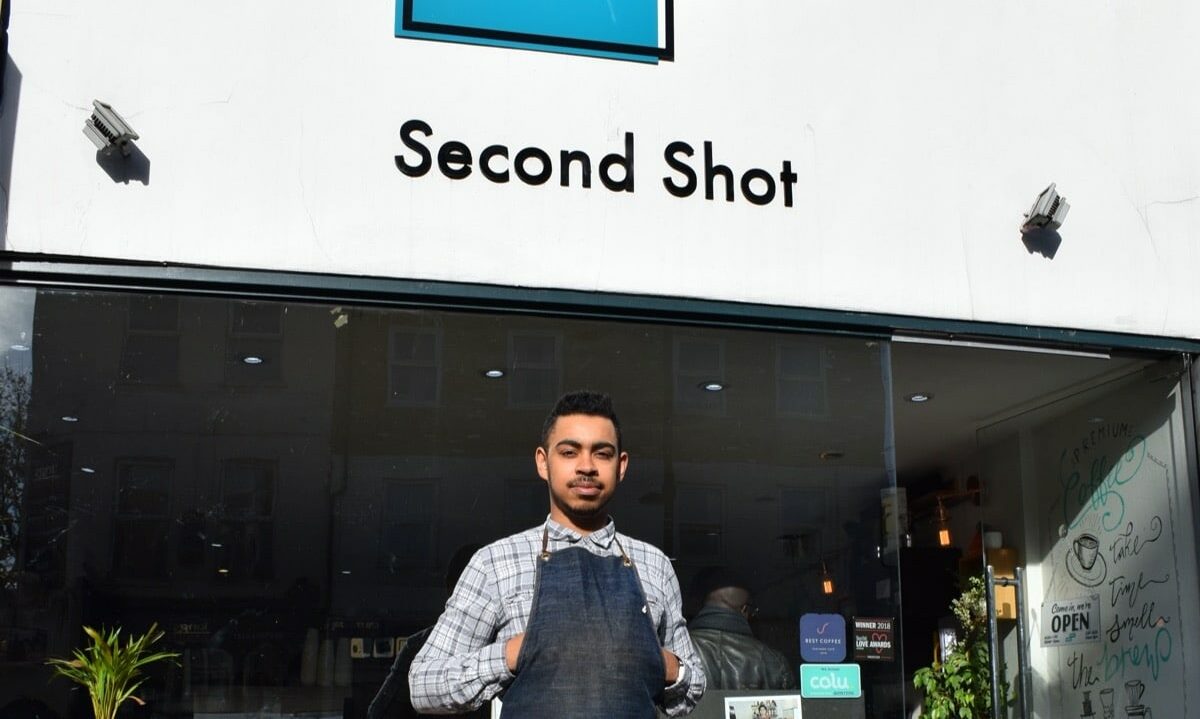 When I was 16, before I started university, I was part of a leadership academy which included a two-day residential course where you learn all about problem solving techniques, local group exercises, trust exercises, and team building – it was amazing. One day I was sitting down at breakfast with a mentor, who was from Future Foundations, and he told me about the amazing things that he was doing at Enactus KCL to tackle knife crime in London. That talk left me so inspired, and it sent me on this journey.

When I joined my Enactus team it was day one of freshers so I was super excited, and I was lucky enough to join immediately as a project leader of a consultancy project where we were helping a local community centre restructure to enable them to become financially resilient and continue all of the amazing things that they were doing. Thankfully, within a few months, we were able to turn them around. Straight away from there, I became team president. In that role I was facilitating impact, so I was advising team leaders, and doing that kind of work more than being actively involved in the day to day running of the projects. Sometimes I found it super frustrating because I wasn’t involved in the actual day to day activities, and we had so many projects that I wanted to have a handle on, but I wasn’t quite able to. For me, it was always a priority for myself and my team to have an impact within homelessness. We had a few projects that didn’t quite reach our desired impact level, so I decided to take it upon myself to see what kind of solution I could come up with.

I am of the belief that whatever solution you’re coming up with, whatever social enterprise you want to launch, you personally have to be able to execute it. It doesn’t matter how innovative or revolutionary it is if you can’t personally put it up, so place your strengths. For me, I’ve always loved hospitality. I worked in restaurants from the ages of 12 to 17, and I was that kid at school who would bake cookies and brownies to sell. I was also the head chef at a street food place when I was at university, so I felt comfortable that I could launch something in the hospitality space and make it successful. While going through the planning process, I realised that I could open a coffee shop which retrained and employed people affected by homelessness, and that idea became Second Shot Coffee.

There is no such thing as a homeless person, only people who are experiencing homelessness, and it can happen to so many of us at different points in our lives. Victor was 51 years old when, five days after moving to London, he found himself alone sleeping on the street. He didn’t have great English skills, and he was one of those people stuck in that unenviable position of isolation. He was homeless. But what Victor did have was an unrelenting belief that he could really improve his life, and that he deserved better than what life had given him so far. Victor was someone with an incredible work ethic, a super warm personality, determination, and perseverance. He was able to find temporary housing, and then he found Second Shot. When he started working with us, he stopped being all these negative things in other people’s eyes. He became a barista. He became a hub of his community, a person that people could look forward to seeing and sharing a conversation with every single morning.

Our concept, and the concept of our logo is that we’re trying to help people who are on one path get to a higher, more prosperous path. But there’s always this overlap between when one journey ends and another begins. It’s up to you to decide how you want the next phase of that journey to kind of pan out.  Whether you’re working on projects now, thinking about launching a social enterprise, or working in an industry, you must know how to place your strengths, trust the process, show your resilience, and know that you can create amazing things and create an amazing impact.