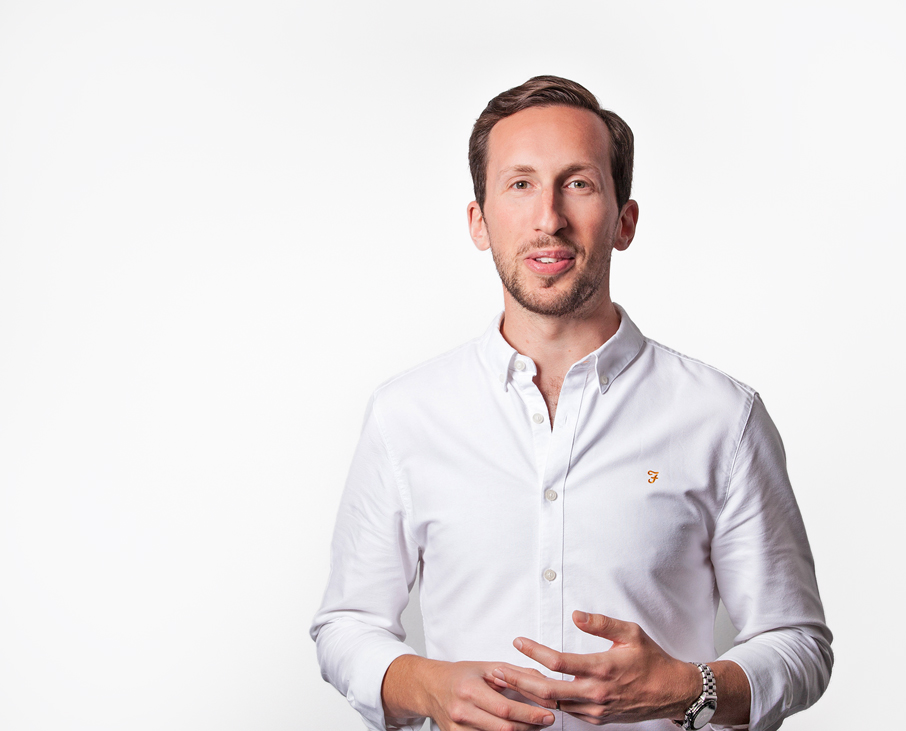 Joe Hildebrand of Accenture:“We show up with the playfulness we inject into our work”

“I’ve always tried to move on when I feel like either I’m not growing and developing, or the environment or culture is not right – rather than waiting so long that I get frustrated and angry with the business that I work for and potentially make the wrong decision”.

These are words from the mouth of Joe Hildebrand, European Leadership & Culture Lead at Accenture.  These words tend to characterise a person who has what one might call a “model career” with an impressive flow of creating impact across organisations.  I wanted to find out the secret of Hildebrand’s “early career” success in consultancy and leadership and he kindly agreed to engage me from his home in North London.  As a modest and quietly-spoken individual, his comments were all well-considered and purposeful, and full of common sense.

Hildebrand graduated from the University of Leeds in 2005, established his career at Accenture and Deloitte, then moved client side to BT, where he eventually became a department head.  He then joined “?What If!” Innovation becoming a Director, seeing it grow in stature sufficient to become the attractive proposition which Accenture wanted to (and did indeed) buy.

So to what does Hildebrand attribute his success to date?  He states that the thread throughout his career was having “real clarity on the type of work I want to do, the expertise that I wanted to build and develop, and the kind of things that I wanted to do day to day with clients”.

Hildebrand knew early on that the leadership culture and organisational psychology space was a fascination for him and that he “not once regretted a move that I’ve made from one organisation to another”.  He believes that he had always made the right decision at the right time.  Indeed, all of his roles have offered him “something different and better at that time”.  His first job as a graduate was, “a challenging job, which really helped build the foundation”.  His time at BT after that, “gave me a view of what it’s like to work client side rather than consulting.  It helped me see the other side of the coin and recognise what’s important for the people that I like to live up to in my consulting role.”  However, the most pivotal point in his career was his move to ?What If! as it “helped me shift from being a bog-standard delivery consultant to being a provocative thought leader and partner to senior clients”.

What did Hildebrand see as the main attraction which drove Accenture to purchasing ?What If!  This was not so much about what they do, but “more importantly, how we do it.  Organisations including Accenture are recognising that they need to offer more innovative products and services to their clients.  An organisation with 624,000 people like Accenture recognises that they can’t make that shift organically”.  Although he saw ?What If!’s methods and products not being a million times different from everyone else’s, it was “how we use them and partner with clients in a fresh and different way.  We show up with the playfulness that we inject into our work, the humility and provocation.  I would suggest that Accenture aspires to the culture, and that was part of the rationale for that acquisition, although culturally they were very different organisations”.

As a thought leader, Organisational Transformation is often top of Hildebrand’s mind.  For big companies growing and transforming their organisations, he believes that “change management is not the solution.  It’s outdated and outmoded. It serves to mitigate risk, rather than help people thrive.  If organizations want to grow, they need to focus on attracting the best talent and pay much more attention to their people, their behaviours, their decision making, their empowerment, as they do on the systems and processes that they are much more comfortable spending time on”.

Although in a very strategic role, Data and Analytics has always been important to him and he sees the Cloud as a really big agenda in the world of data.  “How do we make data analytics be seen not just as the preserve of the IT organisation, but actually something that benefits every individual and business regardless of the role they play?”  Hildebrand fully recognises the importance of bringing it closer to what is done in terms of leadership and culture.  It is “how we make sure that we’re doing the right thing in the right way at the right time then tracking impact, and then pivoting when those analytics show us that we have made a mistake.”

Although companies are spending more of their money on analytics than they have done in the past, the question for him has always been “in service of what?” He believes that companies “in most cases are looking for efficiency and productivity, they’re looking to make their lives easier”.  This is very different to using analytics “to help identify the best and most impactful ways of working, with behavioural science at the core”; which is equally as important, but “regrettably not often seen that way”.

Hildebrand likes to see how analytics can accelerate cultural shifts and growth of benefits to organisations.  However, he warns that it is very easy for analysts “to fall in love with the products and not the problem.  There are circumstances where, had we spent more time really understanding the problem, we would have come up with something that is more usable and useful”.  Re-inventing the wheel can be an issue too.  “There’s different people and groups creating new things that solve the same problem, and so I find it quite difficult sometimes to know which is the best one and which I want to deploy – to the extent where I get frustrated and just don’t deploy.”

That said, what he is starting to see in limited places and hopefully more in the future, is “the ability of analytics experts to bring both sides of their brain to the conversation; not just the analytical side, but the creative side as well and to use analytics in support of a human dynamic, as opposed to a tool that someone in the back office played with”.

Coming back to Hildebrand’s career, “I have found one or two individuals in each and every job that I have aspired to become and wanted to learn from.  I would rarely look at world famous thought leaders such as Simon Sinek or whoever and say: ‘That’s who I wanted to become’ – I don’t know that person.”  He highlights the importance of being authentic to himself and not changing his character and the way that he shows up in order to be like that, but simply taking the best of what he sees people offer.

For people coming up through the ranks, Hildebrand is primarily impressed by attitude. “Do they come across as a decent human being who cares and wants to do a good job?  And do I feel like I can build a really solid human relationship where they don’t only learn from me but I learn from them?”  Hard work, grit and determination are important too, but not at the expense of recovery, sanity or family life.  “When they set their mind to something, they’ll ask when they need help, but they’ll crack on and do their very best job”, coupled with “the confidence to provoke; not just to be a ‘yes-man’ or ‘yes-woman’ but provoke in the right way, even if it’s based upon gut instinct rather than data.”

When asked whether there was any particularly important piece of advice that Hildebrand had been given which he still carries with him today, it is that “You have a choice. You can either be a victim or a leader. That doesn’t have to be a leader with a capital L, where you’re managing people, but it’s a mindset shift.  Did you lead yourself with support, outside difficult circumstances, rather than feeling like the victim and get into your downward spiral of difficult thoughts?”

So for Hildebrand, it appears that there is no magic formula to the success of his career to date.  It is the ability to give your best, understand the bigger picture and what purpose Analytics is serving, that “data is a means to an end rather than an end in itself” and the flexibility to move on when things are looking likely to stagnate.  It is about keeping positive, being a “leader” and injecting a good dose of playfulness and provocation into your work.