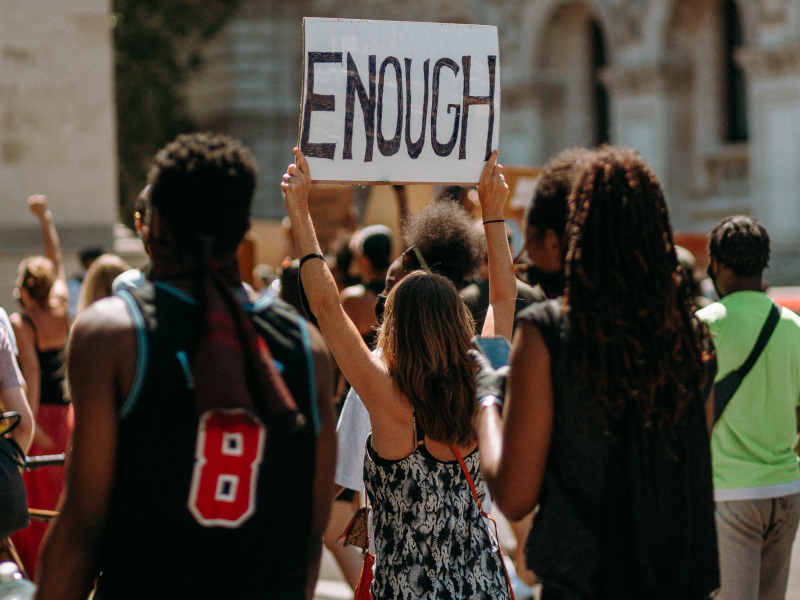 Is this a new era of protest in America?

What is different now is that, whereas most, if not all, the previous protest movements were in some way parochial, today’s protests are not. While we know that every country in the world has some form of ethnic discrimination to its shame, the pretence that it is historical rather than current is a fiction that can no longer be ignored.

In the course of my lifetime I have watched white Americans shouting at black children because they were trying to enter a school that had been for whites only. I have seen signs in the windows of English boarding houses that read “No blacks no Irish.” And after 70 years of peace in Western Europe, the British people voted by a narrow majority to leave the organisation that united them with the rest of the Continent.

I have heard Orthodox Jews say that Palestinians don’t belong in Israel because they believe the Bible says the land belongs to the Jews. I have been told by an Iranian in Canada that it is right that women should be jailed for refusing to wear a headscarf. In the great liberal city of New York there have been recent debates about whether there should be a quota for Asian students in specialist schools because too many of them do well on entrance exams.

Underlying all those examples is ignorance and the fear it breeds. To be clear, there will be people who strongly disagree with my views who are not ignorant. There are people in America, Britain and elsewhere who honestly believe that social welfare mechanisms are wrong because they somehow inhibit personal liberty. Equally, there are people everywhere who believe that, in a civilised 21st century, a universal health care system should be considered a human right.

On the surface those are irreconcilable positions. Except things change. What changes them are people and events. Sometimes those people are leaders and sometimes they are ordinary citizens— or even victims. Sometimes they are a Franklin Roosevelt who was considered a traitor to his class for introducing what he called a New Deal, subsidising great infrastructure projects and other government programmes to help Americans through the Great Depression of the 1930s. Or a Nelson Mandela who spent half his life in prison until the power structure of South Africa recognised that it could no longer subjugate its black population.

But here’s the interesting thing: sometimes changes evolve because of an Adolf Hitler who lies and murders his way into office and starts a war that assassinates six million Jews, kills 20 million Russians and destroys much of Western Europe. No sane person who could change history would bring Hitler back. But Hitler created an almost universal consciousness of what horrors the human race can inflict on itself.

Of course, it hasn’t stopped. Since the Second World War atrocities have been committed in Cambodia, the former Yugoslavia, Rwanda and Syria. Because of television and the internet we have become more aware of the crimes that are perpetrated in the name of whatever power struggle or prejudice is useful to certain people at a particular time and place.

But every generation has the opportunity to make things better. Trump exploits social and ethnic divisions rather than addressing them constructively. In the course of his presidency he has demonstrated a contempt for others that has unleashed simmering prejudices. They are now the focus of the anger on the streets. There has never been a greater awareness among young people of our need to get up off the necks of the disadvantaged, to create safety in the world so that everyone can make the best of their lives.

Maybe we need Trump. Maybe he is the catalyst. Not just for Americans, but for Europeans, Africans, Asians—the whole world. I don’t believe that any of us deserve him, not even the people who voted for him. But we have him. We can debate forever how and why that happened. But as one angry black protester in America recently pointed out, it’s more important to decide where we go from here.