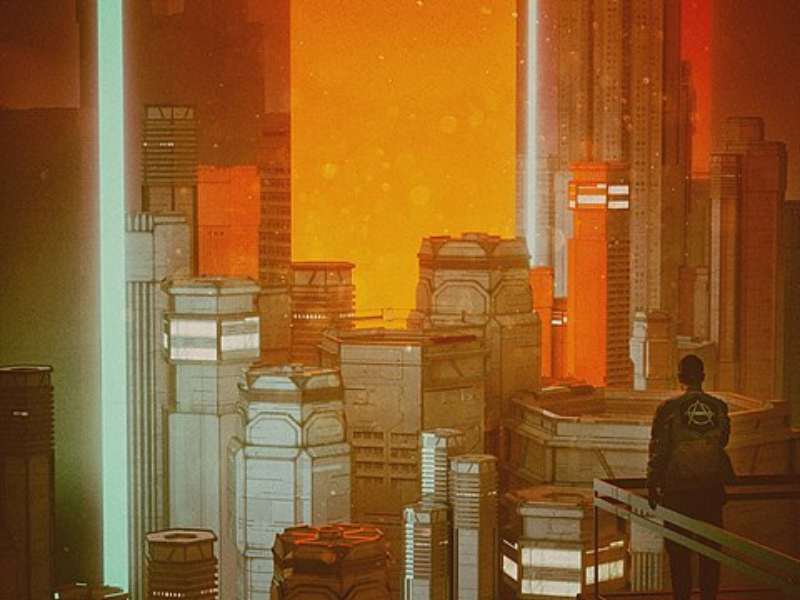 Inside NFTs: the concept taking the art world by storm

For most people in the UK, the letters NFT used to refer to the National Film Theatre on the South Bank of the Thames. Now they stand for something entirely different — so-called Non-Fungible Tokens.

If that term means almost nothing to you, don’t worry. You are not alone. However, you may be interested to learn that NFTs are currently taking the art world by storm (as well as the music and sports industries) and are very likely to remain an important concept in the future right across commerce and culture.

So let’s try and explain.

Fungibility is a term from economics, but stay with me for a moment. A five or ten-pound note, or a dollar bill, are fungible. A painting by Banksy is non-fungible. So if I lend you a fiver, when you give it back to me a week later I won’t mind if the five-pound note you give me isn’t the same five-pound note I gave you a week ago. As long as it’s a legitimate five pound note, I’ll be happy.

However, if I lend you my Banksy painting and a year later you give me back a different Banksy painting, I might not be too happy. That’s because unlike paper money or metal coins, paintings are Non-Fungible.

Three or four years ago, the only people who were familiar with Non-Fungible Tokens were people from the tech world of computers and so-called crypto-currencies (digital money). And that’s another concept that’s making a big impact.

In essence, a Non-Fungible Token is simply a piece of computer code — a string of alphanumeric symbols (known as a ‘hash’) of the kind that sits invisibly behind a computer image such as a JPEG, a Gif or a TIFF.

In the ‘real’ world, if I buy a painting at an auction or from an art gallery, I can walk away with the painting after paying for it. I now own it. Unlike a ten-pound note, that painting is a unique object that belongs to me and to me only, until I decide to sell it.

Yet only a few weeks ago, a JPEG of a computerised work of graphic art by an artist who goes by the name of Beeple, was sold for $69.3 million dollars at Christie’s auction house in New York. The person who bought it didn’t buy the graphic art; they bought the algorithmic code that sits behind the image on the computer. That computer code is the NFT. It means that the person who bought the NFT of Beeple’s work of art is the sole owner of it. The NFT guarantees their ownership, now and forever, or until they decide to sell it.

The actual computer graphic (or in the case of sports memorabilia, a baseball card, for example) is a separate thing from its NFT. You can find a JPEG of Beeple’s actual work of art on the web right now if you bother to Google it. The work is called Everydays: The First 5,000 Days. You can even download it onto your computer if you wish, but you won’t own it in any meaningful sense. The true owner of it is the person who bought the NFT of it — the computer code, or hash. In the case of the Beeple, that person happens to be Vignesh Sundaresan, a Singapore-based blockchain entrepreneur and investor who goes by the name of Metakovan (pseudonyms are all the rage in the tech world.) As it turned out, he’d been prepared to pay even more than $69.3 million, so that perhaps indicates how seriously he takes this new NFT ‘revolution’ as he calls it.

It doesn’t end there. Metakovan’s NFT of Beeple’s Everydays was immediately uploaded onto a computer platform called the Ethereum Blockchain. This is another tech concept that is promising to change commerce and culture in a very significant way. The Blockchain is a decentralised, distributed, peer-to-peer (person-to-person) network, a digital ledger that records transactions. It means that any data (such as NFTs, or cryptocurrencies) can be sent from one individual to anyone else in the network, bypassing intermediaries like banks.

Once an NFT is uploaded to the Ethereum Blockchain it cannot be changed. It contains what computer scientists call ‘metadata’ — which means that embedded in the code is everything relating to that object or work of art, including its name, its size, its owner, its ownership history, location, etc. It essentially guarantees the authenticity of the object (and in the case of the Beeple, Metakovan’s ownership of it). This means that nobody can dispute Metakovan’s ownership. If he ever decides to sell it, the new owner’s details will also be uploaded as another block on the Ethereum Blockchain. You can add blocks to the Blockchain but you can’t change blocks that have been previously uploaded.

If you’re still with me, let’s touch on one or two other issues here.

Ownership history and authenticity are two of the most important concepts in establishing the value of any work of art. The Blockchain promises to make that process easier and more transparent. It means that if an artist creates a digital work of art and ‘mints’ it onto an NFT platform (a site called Nifty Gateway is one of the most popular), it can be bought as an NFT which is then uploaded onto the Blockchain, thereby guaranteeing the work’s authenticity and the buyer’s rightful ownership of it. What’s more, if they wish, the artist can arrange for a so-called ‘smart contract’ to be written into the NFT on the Ethereum Blockchain so that if the work is ever re-sold, the artist will be guaranteed a percentage of any subsequent sale price.

Now, there are a few problems here that are yet to be overcome. First of all, we are already hearing of some people ‘minting’ NFTs of works of art they neither created nor own. This is a breach of copyright law. The legal world has not yet caught up with the implications of these new technological innovations.

Even more importantly, cryptocurrencies — such as Bitcoin and Ether — that underpin the Blockchain consume a staggering amount of energy. Every Bitcoin has to be ‘mined’ using numerous linked computers slaving away together 24/7 to ‘solve’ a complex computer algorithm. This is called ‘Proof of Work’. The ecological impact of this process is jaw-dropping. For example, according to the Cambridge Centre for Alternative Finance, the amount of electricity consumed by the Bitcoin-mining network in one year could power all the kettles used to boil water in the UK for 29 years, or satisfy the energy needs of the University of Cambridge for 748 years. That surely cannot be acceptable at a moment when global warming is at such a tipping point.

The inescapable irony is that many of the young digital artists now exploiting the new NFT craze are of the so-called Generation Z (who constitute a significant percentage of Greta Thunberg’s global following, for example). It’s curious that many of them appear to be turning a blind eye to the catastrophic ecological footprint created by Bitcoin mining.

Are Non-Fungible Tokens here to stay? The answer is surely yes, in some form or another. What are the barriers to progress? Well, you may have already concluded from the above that these new concepts are a hard thing for those of us unfamiliar with computer science to wrap our brains around. But many people said that about the Internet and the World Wide Web when they emerged in the 1990s.

The writer is the co-founder of www.FlynnGiovani.com