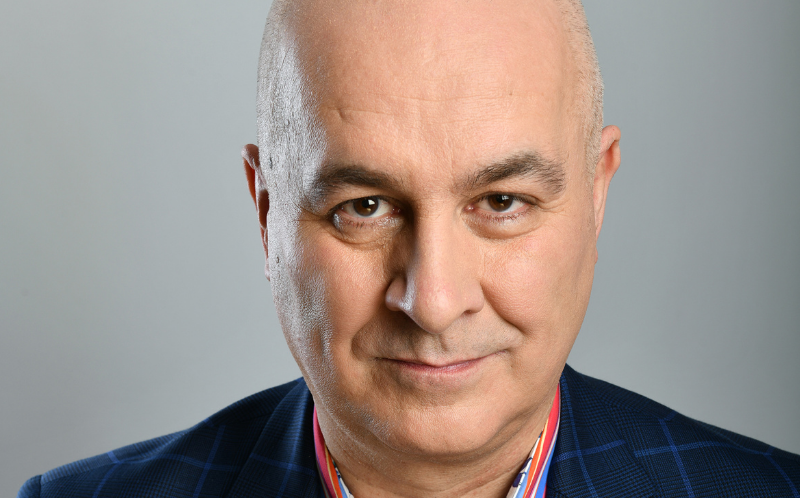 Iain Dale: ‘I know what politicians don’t want to be asked’

If you appear in the media, everyone imagines that you must be a complete extrovert.

Of course, even in an interview there is a little bit of ham-acting involved, particularly if you’re in television. But most radio and TV presenters have a shy side to them. Perhaps shy people tend to be a little bit more empathetic.

Shyness is more common than you might think. I knew somebody who was a conservative parliamentary candidate who would literally throw up before every speech. But I don’t get nervous. Having said that, I recently interviewed former FBI director James Comey, and had little time to prepare. Thankfully, my approach to interviews is normally not to do a lot of preparation because I like to think of them as conversations – and the more preparation you do, the more stilted it is. I never have a list of questions, for example. I try to listen to what the answer is. If you have a list of questions, the temptation is just to go through them one by one and ask them. Well that’s fine, but it’s not very rewarding.

We are all human beings, and this is what sometimes people forget about people in the media – or more to the point, politicians. We all have the same human reactions as everybody else. If an interviewer starts asking really aggressive questions right from the start., it’s no surprise that the politician puts the shutters up and thinks, “Well if you’re going to be like that, then I’m not going to give you anything.” There has to be a degree of mutual respect.

Interviewing prime ministers is interesting. In 2003, I was asked to write an article about who will be the ten people at the top of politics in ten years’ time. I remember writing in that article that David Cameron hadn’t really made a mark on parliament. The week after the article was published I sat next to him at a dinner. When I raised it, he said, “Yes, I did see it. I asked my staff to leave the room and I put my feet up on the table, and I just sat there for five minutes thinking: “He’s right. What have I achieved in two years in Parliament?”’ That was a brilliant way of defusing a potentially awkward social situation.

Later, when I was running for parliament he drove up in his Skoda to campaign with me and we had a brilliant day together. And when he was prime minister, I did three interviews with him. I was poacher turned gamekeeper, and understood where he was coming from. This is one of the advantages of having been involved in politics, and then moving into journalism and broadcasting. As an interviewer, I have an advantage over people who haven’t been involved in politics: I know how they think, and what they don’t want to be asked.

Boris Johnson wrote the foreword to my latest book. He said yes immediately and then of course COVID happened. I got in touch in July 2020, and told him I’d understand if he couldn’t do it, and that there was no need to write 20 pages or anything like that! And it came on time.

But it was interesting to see the reaction. Some people on social media said,  “I wanted to buy this book but I’m not buying it because you’ve got Boris Johnson in it.” I thought: “If Jeremy Corbyn had won the election I would have asked him!”

It’s quite difficult to come to a judgement on a prime minister who’s still in office. Boris’ reputation in history will depend on how quickly the country gets back on its feet and how many people are actually out of a job. But most prime ministers are known for one thing in history. He wanted to be known as the Prime Minister who ‘got Brexit done’. He has got it done. But I suspect he’ll be known as the Covid Prime Minister.

I used to find it very difficult to interview people that I know well. Now I just go in for the kill. Brandon Lewis and David Davis, who are my two closest friends in Parliament, say that they find me the most difficult interviewer. They think it’s because I’m overcompensating for the fact that everybody knows that. I don’t think it is. I just get more out of people by having a conversation with them.

Iain Dale’s latest book is The Prime Ministers, £25 from Hodder and Stoughton