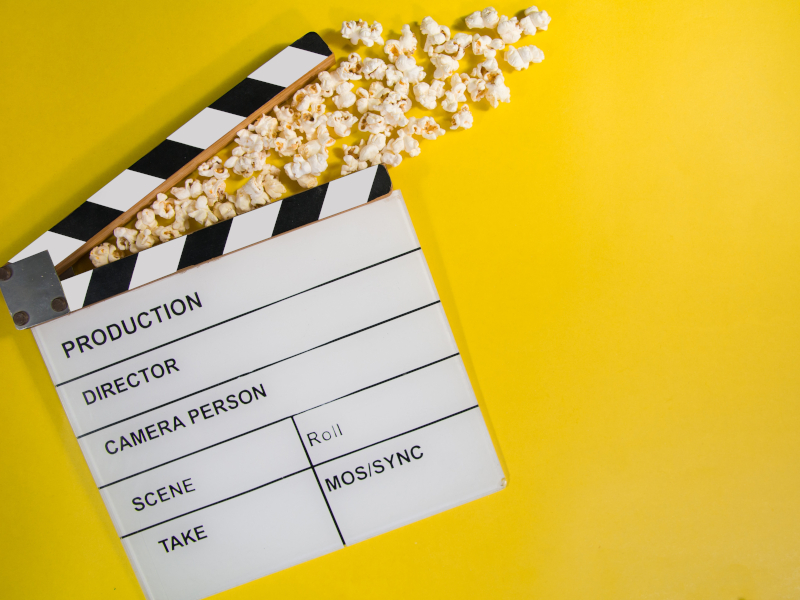 How will film survive the pandemic?

It’s a not uncommon thought during these times: “Is this reality or some awful dream?” As we queue in masked silence, told to keep two metres apart over the tannoys, our lives now feel post-apocalyptic, as if a dystopia fit for the silver screen had migrated somehow into our actual lives.

But if the pandemic is the stuff of movies, how is it impacting the way films are made and consumed? Finito World has identified the four key hurdles filmmakers are facing over the next few months. Strap yourself into your home cinema seats: it’s going to be a bumpy ride.

Although filming has started again, many productions are still reeling from the psychological and logistical consequences of lockdown.

If you’re in the middle of a project and it has to be stopped, it’s a pain to remount it,’ he explains. ‘It’s very complicated to get your actors back as many of them will be booked on to other jobs. It’s definitely a bit of a logistical nightmare.”

But in some ways making movies is always a precarious business, he adds: “Filming is all about momentum. There’s a famous saying in the industry: You’re never sure it’s happening until you’ve got your bacon butty. The bacon butty guarantees the fact that you’re filming and until that moment comes, a film cannot happen.”

But perhaps it’s not all doom and gloom. Rebecca Johnson, who has directed an array of shows including Call the Midwife as well as her own critically acclaimed feature film, Honeytrap, says viewers might see a rise in indie films since they aren’t so vulnerable to the loss of momentum. “What’s good about indie films is they are usually shot over a short period of time. Usually about four weeks so potentially there will be a rise in these sorts of films. Cost is going to be an issue but if people really did isolate and it was just like a hermetically sealed unit that is fairly safe and easy to maintain.”

“Houston, we have a problem”: Keeping the crew healthy

Keeping cast and crew Covid-free presents an ongoing challenge. It was hard not to cringe while watching films in lockdown and noticing how recklessly the characters shake hands and spread their germs all over the set. So, should we expect the latest films to be sanitised and devoid of intimacy?

Rebecca Johnson says: “For me the most concerning thing is keeping actors apart. I just don’t see how you can do that. It’s too creatively inhibiting. There’s just too much content that you wouldn’t be able to make while keeping actors at a distance.”

James Kent worries about the costs associated with keeping people safe. He said: “If there’s an outbreak on set then your whole crew is off, there’s a whole issue about insurance and how that’s being covered. If Chris Pratt gets coronavirus when acting in Jurassic Park they won’t be able to shoot.”

And it looks like productions won’t be getting any financial assistance if coronavirus strikes on set. Kris Barnfather from the creative insurance broker Eggar Forrester Creative is blunt: “Without meaning to sound all doom and gloom, realistically there’s just not a way forward. Insurers are explicitly writing coronavirus cover out of contracts.

The reality does indeed sound grim. “Some people are worried about being sued if someone catches Covid-19 on set,’ Barnfather continues, ‘so we are suggesting everyone does a coronavirus risk assessment and that they make sure people understand the risks and sign documents to mark this understanding if necessary.”

Production companies are having to be especially careful. Actor Tyler Perry who owns studios in Atlanta was one of the first people to outline, in great detail, how to start filming amid the Covid-19 outbreak. His 30-page plan titled “Camp Quarantine” reveals the steps individuals should take. It says all luggage has to be disinfected, cast and crew should isolate before filming and they will also be required to take nasal swabs.

James Kent explains: “Makeup is a real issue, particularly for period dramas. You can get away with it in a modern drama because you’ve got your own hair but with wigs or anything that involves prosthetics, it’s impossible.”

Sandra Exelby, who has done makeup on the sets of Doctor Who, Dad’s Army, and Bugsy Malone and now chairs the National Association of Screen Make-up Artists and Hairdressers, has been coming up with solutions to keep the stars looking good.

She explained: “We are advising all of our artists to wear appropriate PPE. This includes aprons and a visor as well as a mask. Of course, we are saying hand-washing must be regular. We are also suggesting that makeup brushes are left overnight in a UV cabinet.”

But hairdryers are getting the cut. She explains: “Hairdryers move air around and so they increase the likelihood of infection spreading and therefore we are saying no to hairdryers.”

“Makeup artists cannot adhere to social distancing. They are essential on set and with the right precautions risk can be minimised,” she says.

“I’ll be back”: Keeping people in the cinema

We’ve highlighted the hurdles and shown, for the most part, there are ways to minimise risk. So the shows will go on. But the question is, who will dare to venture to the cinema to watch them?

Cinemas in the UK have reopened again albeit without singalong screenings and pick’n’mix. Nonetheless, the industry is on track for its worst year since 1996, with box office and advertising revenue set to be down almost £900 million.

Rebecca Johnson admits: “I’m not sure I’m going to go to the cinema in a hurry, to be honest. Going to the cinema feels like an unnecessary risk. I’m not that scared of getting it but I will avoid it if I can.”

James Kent is also pessimistic: “The real problem is with film: how does anyone make any money when you can only put half the amount of people in the cinema?”

“Oscar winning films are generally skewed towards an older demographic and they are going to be the ones least wanting to go back into the cinema. Anybody over 55 is not going to be rushing back to the movie theatre.”

Which all sounds a bit bleak. So where’s the uplifting riding-off-into-the-sunset ending? Well, University of Exeter film professor James Lyons points out that coronavirus could encourage the film industry to consider its impact on the climate.

He said: “The film industry is a very resource-intensive enterprise in many respects, and it needs to come to terms much more seriously and urgently with its contribution to climate change.” Looking ahead, Kent is intent on identifying the positives: “This moment is one for us to all reflect on what we have taken for granted, and adapting in the months and years to come must surely involve thinking of more sustainable ways to live and work. The film industry is no exception.”

So hopefully in the future we will view post-apocalyptic scenes exclusively on the screen.