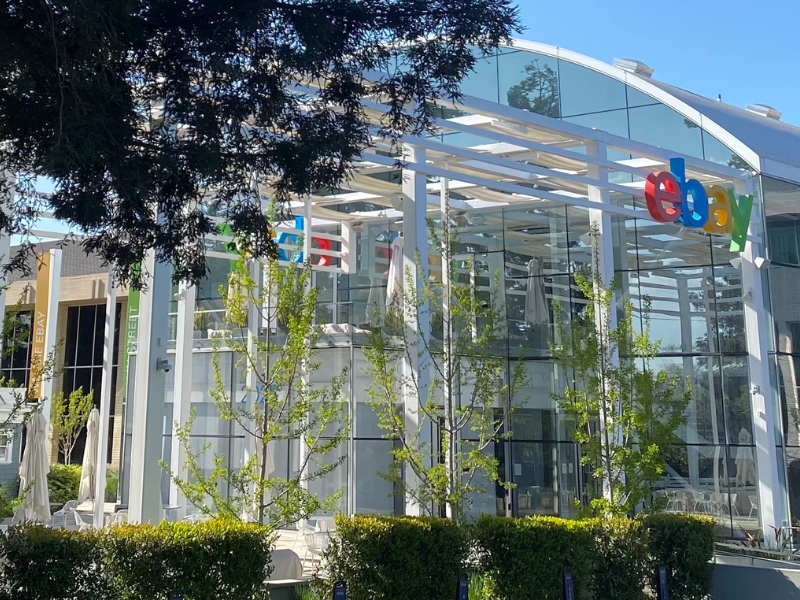 How eBay can be more than just a side-hustle

Many people have started selling items on eBay during the pandemic, offering everything from hand-made crafts to vintage clothing. Statistics from eBay show that the number of self-made millionaires on the platform has risen by 35% over the last year alone.

For most, eBay is a part time job. For Sam Clifford, it has been his full-time career for five years.

Sam began his eBay business when he was 15, selling CDs of tips and tricks for the video game FIFA at £2 each.

“I had always done this as a side-hustle, which is the reputation the job has,” Clifford explains. “When I was 23, I got kicked out of my other job and said, ‘Right, I’m going to do this full-time’.”

From that point on, Sam dedicated his full attention to his online business. He mainly sells smaller wholesale items and bases his product selection on current trends and market research.

“Ages ago a video of a woman laughing in a carpark wearing a Chewbacca mask went viral. It was just her wearing this kid’s mask, but I knew straight after that everyone would jump on eBay to get that mask,” Clifford continues. “As stupid as it was, I knew there would be a significant, instant demand for it.”

“I could list my sock on eBay for £30, but that doesn’t mean it’s worth that

Clifford fluctuates his prices based on demand the same way that airlines change ticket prices. He checks the prices of sold items on eBay to get a basis of what items are selling and what they are selling for. He warns against basing prices on current listings.

“One mistake people make a lot is they’ll go on eBay and see things listed for higher prices than they’re worth,” Clifford says. “I could list my sock on eBay for £30, but that doesn’t mean it’s worth that.”

When items are listed on eBay, an algorithm decides which listings will appear first in a search based on the rating of the seller. Clifford says that speed is the key to keeping that rating as close to five stars as possible: “You’ve got to be hot on it. When I first started I was delaying, doing it here and there, and that reflects badly on your account.”

He also recommends posting items and answering inquiries within a day, as well as offering free first-class postage with every sale.

Increased demand during the pandemic led to such a surge in new listings that many had to be removed to ensure security and disallow price gouging. Clifford has witnessed these effects of Covid-19 on the market first-hand, but he is not discouraged by the new competition. “The market has gotten a lot bigger, but there are a lot more buyers as well. People are sitting at home bored with nothing to do. There is more competition, but I think there are at least threefold more buyers.”

Making a full-time career through eBay is an attractive prospect, but Sam warns that the dedication it requires is not a good fit for everyone.

“It’s freelance work. If you haven’t got the drive and motivation to do it, it’ll end up fading out in about six months,” Clifford says. “I’m big on mindset and mentality – the mind controls the body, so if your mind and your heart are in this job then you’ll succeed.”

Clifford’s success came as a surprise to many people in his life, and he initially faced pushback. He believes that anyone with the right amount of self-motivation and passion can succeed in the job and encourages people to follow their passions.

“People who get joy out of negativity will put you down and say it’s not a real job, but I’d rather fall on my own sword than anyone else’s,” Clifford says. “People have this stigma that what you enjoy can’t be your career, but that couldn’t be further from the truth.”