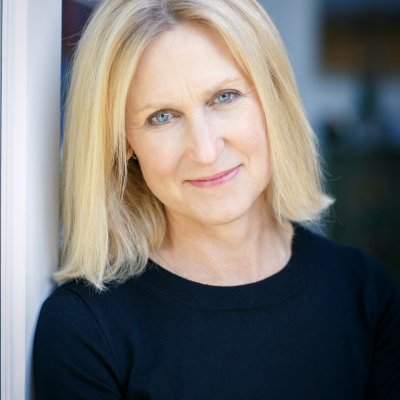 Fiona Millar on our hidden mental health crisis in the workplace

It’s really hard living with someone with mental health issues. I remember days when I would sit at my desk and think: “I just can’t do this.” But looking back now, it’s one of the things that made me resilient: I know that I can put one foot in front of the other no matter what.

One of the things I’ve always thought about Alistair’s mental health is that once he stopped drinking, he transferred his dependency, and his self-medication became work: he threw himself into that to stop himself addressing the deeper problems. He could perform at a very high level in the workplace – but then he’d come home and struggle and I would bear the brunt of that.

It was astonishing. We worked together at Downing Street during the Blair administration and I’d see him be amusing, engaging and charismatic with people – but then at home, he’d be good with the kids, but with me he’d crash. I’ve now started doing meetings with other people who live with those suffering mental health problems and it’s very common: people live with fear of what their friends will say, or else they feel responsible as if the problem originates with them.

In fact, 99.9 per cent of the time it’s nothing to do with you at all. People who are mentally ill can be quite manipulative, and gaslighting is very common. Initially, I just thought Alistair was quite a difficult personality and it wasn’t until he was formally diagnosed that I was really able to say he had mental health issues.

Of course, during lockdown people’s working situations have been very unusual – and some people haven’t had any work because they’re self-employed in creative industries. But in general I’d say that people tend to use work as a way to take themselves out of a situation, because if your partner has mental health problems, you have to find things for yourself, otherwise you can get consumed by the other person’s illness. Work is quite a solace – although for the person actually suffering from mental health, often they can’t cope with going to work.

Alistair was very lucky to be able to work 28 years, even though he was seriously ill, and Tony Blair was always very accommodating. Not all employers are, and there are some toxic workplaces out there. For employers who want to make the workplace a friendly environment, they need to ask themselves not only how they actually do it – but more, how do they do it on a consistent basis?

That has to begin in an organisation’s leadership – to treat other people as you wish to be treated yourself. You’ve got to do more than talk the talk. If an employee comes to you with a family problem or a mental health concern you have to do all you can to accommodate it.

It’s too early to say whether there’s any mental health washing in companies, as mental health has only really been a hot topic during the pandemic. What’s concerned me during Covid-19 is the way in which managers closed their office as a cost-cutting device. That was fine in the beginning – people thought it was fantastic to be working from home. But I’ve noticed of late that a lot of younger people aren’t living in particularly convenient circumstances and the novelty has worn off. Working all day in your bedroom isn’t great. It’s not healthy to have a remote relationship with your employer who, after all, is meant to be responsible for your well-being: that means there’s currently a lot of hidden mental health problems in the workplace.

I’m all in favour of flexible work – especially for families – but we need to get people back to some sort of physical relationship with the people they work with, otherwise we’ll see casualties from this. People started off not wanting to come to the office and now they kind of want to come back. Managing that is going to be very important, and we’re probably at the crunch point now.

But by creating this online support group, we’ve hit on a very simple model. There’s no real cost involved, and we’ve got people coming from across the country to our group. At the moment, we’ve limited our numbers to ten or 12, and we’d like to expand it into local communities. This could be tacked onto existing organisations, and I’m hopeful we can do that.