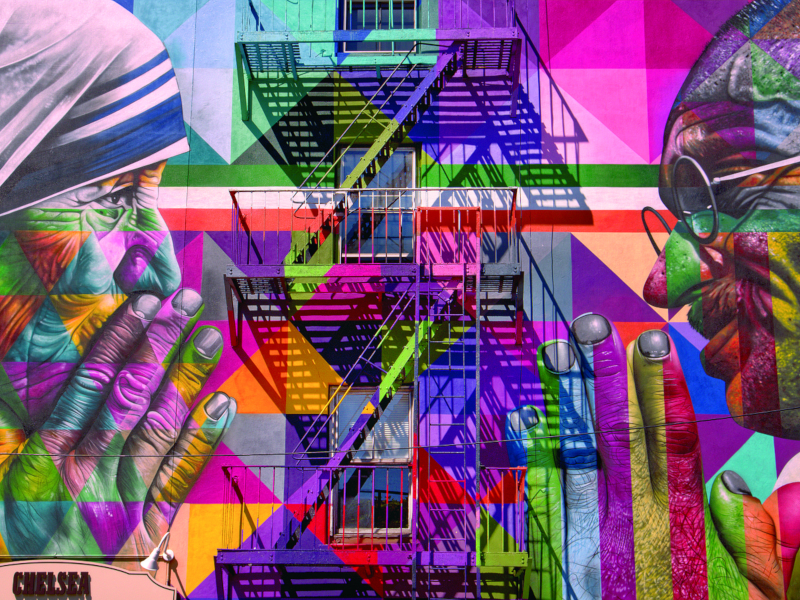 Piet Oudolf is without question the most famous landscape architect in the world. Iris Spark caught up with the plantsman.

In every area of life, many people do very well for a period of time. A few reach the top and stay there. But there is only one area I can think of where one person has been so far above the rest for so long. That happens to be gardening. If you ask anyone in the profession who is the best they won’t have to stop and think: Piet Oudolf.

‘A rock star,’ says Andy Sturgeon who, with books and television behind him, has himself done passably well. And if you raise his name with anyone in the profession you’ll hear an awed silence, as if they’re turning over with amazement the famous name, and all that it means.

Oudolf ’s importance – his supremacy even – is partly attributable to the fact that his name is synonymous with a particular movement – the so-called New Perennials – which promoted a new sustainable aesthetic in gardening during the 1970s and 80s. But he’s also a global phenomenon, and sui generis in that respect. He has made public spaces the world over – most notably the High Line and Battery Park in New York, the Lurie Garden in Chicago’s Millennium Park, and Potters Fields in London. His famous home Hummelo, which was open to the public for years until it closed in October 2018, would alone be enough to rank him as a great artist.

So how did it all begin? The great careers can sometimes seem strangely unpromising at their outset. Oudolf recalls: ‘A long time ago in the 1970s, I turned away from my earlier job in my parents’ restaurant. I was married and didn’t want to do that for the rest of my life. I was looking for jobs and eventually came to work in a garden centre at Christmastime in the perennials department. That made me aware of plants.’

It is a vivid image of the alert drifter, who is waiting for life to come to him – and when it does, seizes life all the more quickly for having waited. ‘I started to buy books and look at plants – that’s how it all started.’

There were still some practical steps to be taken: ‘I went back to school to get an elementary licence to start a contract company. It was 1975 and we started small with a nursery. We began to sell perennial plants.’ Oudolf owes his stratospheric success in part to having done the hard yards in the less glamorous business of selling plants, but all along there was a radical vision: of a garden that would look good all the year round.

He had his share of luck. Gardening was about to take off – and particularly in the UK. ‘In 1980 we travelled to England where gardening was very fashionable with many magazines at that time. And we had the ideal plants so they soon discovered us.’

Oudolf ’s aesthetic represented a radical move away from the twee decorative garden fashionable at the time. By 2000, the publication of his book Dream Plants for the Garden, showed how far Oudolf had come, not just as a nurseryman but as a thinker. ‘It was translated into Swedish and we had lots of conferences at Kew and elsewhere. We became a close community.’

To what does Oudolf attribute his success? He tells me it was necessity. ‘We had no choice. We had no money.’ So Oudolf ’s relentless work ethic stems from financial need. Even now, soon to turn 76, Oudolf prefers to work in the morning in his studio, finding that late-night work will interrupt his sleep.

In 2000 also, Oudolf won the coveted Best in Show gold medal at the Chelsea Flower Show. But even by that point, people didn’t always understand what he was doing. ‘When I travelled to England, they always called me the nursery man who made gardens, when in fact I was a designer who had a nursery. Some believed in me totally; but other didn’t trust me. It was out of their spectrum.’

So what sustained him? Oudolf had a vision of a more durable and sustainable kind of garden: he was, in his understated way an evangelical for the ideas he was putting forward. But he also enjoyed the encouragement of a small circle. ‘It was always encouraging when I did something people liked in my circle,’ he says. ‘And people were really taking over my ideas. That was because I was one of the few people that specialised in public spaces so millions of people could see my ideas, which was very stimulating.’

In fact, when I ask him for his regrets, that turns out to be the only one: he regrets any private work he has done as he knows it hasn’t reached the requisite audience.

Another turning-point came in 2004, when he was phoned up by James Corner Field Operations who had won the competition to redesign the lower west side of Manhattan: the project that would become known as the High Line. ‘I don’t think even they knew what they would do with it,’ recalls Oudolf. ‘Looking back, it’s great I said ‘yes’ as I was already working on the Battery Conservancy in New York so I thought, ‘I’ll take a look’’. Before Covid-19 struck it was attracting eight million people a year. Oudolf is philosophical about its success: ‘These projects start so small that when you look back you could have said no easily with the same feeling, yes and no were on an equal balance.’

Does he feel pressure? Quite the opposite. Instead Oudolf uses the question for a remarkable rhapsody about the effects on the soul of gardening: ‘Gardening stimulates the brain: it makes you feel happy. Gardening is a metaphor for so many things. You can find respect in it; or you can play in it. You can find yourself in it, walk into it, discover it. Every day can be different, seasons have a different but continuous journey where the garden changes as you yourself change.’

Then he pauses, before delivering a kind of punchline: ‘But don’t forget: it’s just fun.’

So what advice would he give to those starting out in landscape architecture? ‘You can’t do anything without knowing plants – or at least you need someone who knows them. You can’t try and find it out from a book in your office. If you keep on working on that, you’ll create benefits for later.’

No magic then, just hard work. Today Oudolf has built a recession and virusproof business. ‘The work has changed but I get commissioned now from a distance,’ he explains. ‘I have done two projects at a distance in America, as people know me well now. My plants are quite accurate. If I were ever to slow down it would be my own decision; people want to work with me.’

Oudolf ’s is predominantly a tale of passion and hard work. ‘I keep working because it’s my life. Every day I do something, I love to go to the office and work. It feels like I’m pensioned but I’m still at work. The clients I work for are specially aware of the time we live in and I think that’s why my planting schemes work so well because they remind you of the wildness people dream on.’

That wildness has come back to haunt us now, but Oudolf isn’t surprised by 2020. In fact he’s taken it in his stride: it’s what he was telling us about all along.