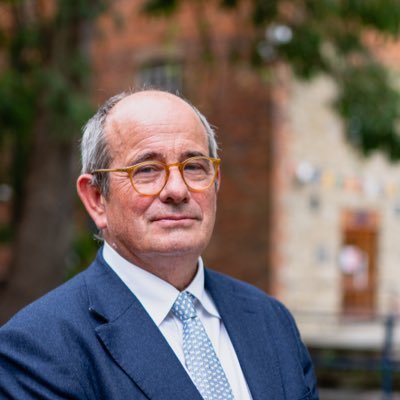 Professor James Tooley worked in the world of academia for years before becoming Vice Chancellor of Buckingham University. He has strived to raise the standard of education in developing nations through low-cost private schools since 2000. We asked him to share his story and give some insight into the future of education, in the UK and abroad.

“I’ve been an academic for 25 years in Russell Group Universities. I came to Buckingham two years ago as a great believer in the proudly independent university, and became Vice-Chancellor 10 months ago,” Tooley recalls.

He did not originally come to Buckingham for the role of Vice Chancellor. Instead, he wished to continue his long-term educational work in developing nations.

“My work has been about low-cost private education in developing countries. I’ve worked in some of the poorest, most difficult countries in the world – South Sudan, Somalia, Sierra Leone, Liberia, Northern Nigeria, as well as India, Pakistan, Bangladesh, Nepal, and South Asia,” Tooley continues. “Most of my life has been researching and developing from the higher education platform, but working in low-cost primary and secondary schools.”

Prof. Tooley has been described as the “Indiana Jones of education policy” for his travels. We asked how he decided to make low-cost private education his life’s work.

“I found that these schools existed – that’s the first thing – so I was in a sense an explorer. And then I found this low-cost private school phenomenon.”

Once he found that these schools existed, a large part of Tooley’s job involved documenting and researching the education systems in place across many countries and comparing the achievements of low-cost private schools to those of government schools.

“During my years in academia, I took five years of unpaid leave from the university so that I could actually go and live in these countries and take part in a much bigger way,” Tooley remembers.

There are 450,000 private schools in India alone, and Tooley has spent years running teacher training programmes to raise the standard of learning in schools like those around the world. He has taken what he’s learned through years of research and experience and allowed that knowledge to inform his approach to university.

“One of the lessons I’ve learned from my work overseas is the importance of affordability and accessibility. I want education -and education at the University of Buckingham – to be affordable and accessible to as wide a range of people as possible.”

Tooley adds that he is looking at two ways to facilitate affordability in university education. “We’re looking at the possibility of decreasing fees in certain areas to make it more affordable both domestically and internationally,” he explains. “The second possibility is to look at income share agreements. The university takes some of the risk – perhaps it doesn’t charge a fee to a student arriving – then the fee equivalent is paid by the student once they’re in a job.”

With more people getting degrees and as additional emphasis is placed on internships and apprenticeships, the role of the university is changing. We asked Tooley about the difference between pure academia and employment-focused learning.

“Of course employability is important, but some students come to university to develop their minds and understanding for the sake of that, and there’s nothing wrong with that. It’s very clear that in some ways we are only wanting to transmit the best that has been thought and known over the generations, and we do that irrespective of changing fashions and the desires of employers. That said, a lot of what we do is very employment focused. We have vocational courses in medicine, law, business, psychology, computing, AI, and many of our courses are tailored based on what employers want.”

Professor Tooley’s main objective is to allow people from any background to access quality education. He believes in learning for learning’s sake, while recognising the need for employability programmes in university as well. We asked him for a piece of advice directed at a student who is entering university now.

“Students should be aware of what they love doing and try to pursue that as much as possible, both in extracurriculars and in terms of their curriculum. They should recognise the dual purpose of university – both for employability and to immerse themselves in the best that has been thought and said across the generations.”