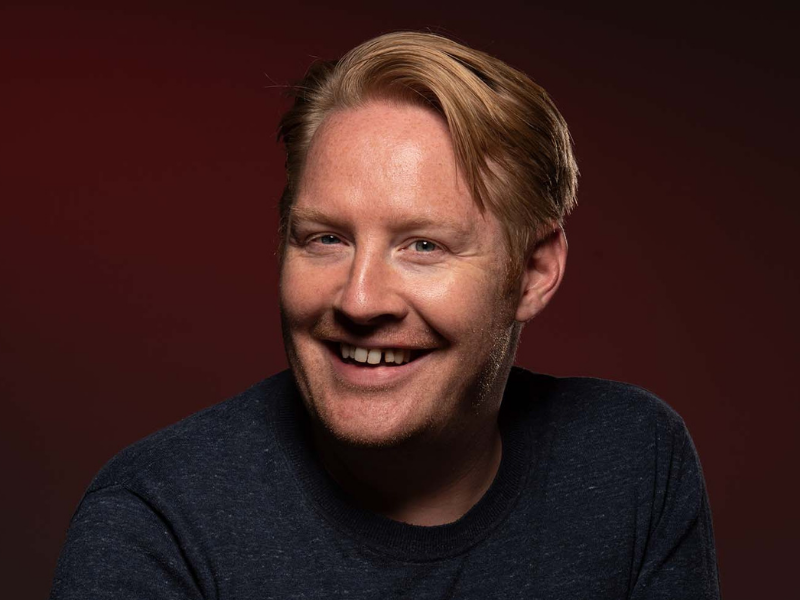 While perusing the internet or relaxing on the sofa diving into our favourite series, we mentally prepare our scripts for the water-cooler the next day. Cinematography, story, acting, lighting, the good bits, and the bad bits. It’s all there to be dissected. Unfortunately, Hollywood’s younger brother, adverts, do not get the same treatment despite often requiring the same amount of creative ingenuity.

I had the pleasure of speaking with Nathan Haines, managing director of element26.tv, a creative agency specialising in all aspects of short form film making, describing themselves as “on a mission to empower ambitious direct-to-consumer brands”. It is a section of the filmmaking industry that often gets overlooked as it lacks the glamour of its long-form counterpart, instead working silently in the background. Following our conversation however, it is clear that it is something any aspiring filmmaker should consider if they are looking to break into the industry.

Haines makes it clear that the business of short-form filmmaking shares many similarities with its long-form counterpart. e26.tv itself was born out of necessity to distinguish the short-form work of its parent company, Iron Box Films, and establish a medium for those focusing on corporate advertising or post-production.

Many of the elements that are often associated with long-form and feature films are present when making short films, such as the need for clear direction, but there’s one thing above all which unites the genres: the importance of telling a good story. Haines tells me: “For successful filmmaking, it’s vital to understand that it’s a visual medium – so trying to maximise this aspect of filmmaking is essential. With this you can convey a story with emotional attachment which engages with your audience”.

In both forms, the story remains integral but it is audience perception which changes depending on the medium. Haines continues: “In either case, an arc is important because an arc is how a narrative is shaped to create meaning. Ultimately this is usually informed by how long the film is”.

He added that the difference between long-form and short form was that one was a “sit back experience compared to the sit forward experience of our computer screens”. What appears to separate short-form film-making from its long-form counterpart is the restricted time frame of the former. But as the internet and broadcast television continue to converge and overlap, the most successful ads are those that seamlessly transcend the two platforms within these restrictions.

There has become a greater expectation for more professional, polished adverts on the internet, which has in turn required greater investment in their production. The creators of short films must tell their stories under time restrictions, with little dialogue, and make sure their story is relatable to by audiences. “It is a visual art, one that relates more to your subconscious rather than directly telling the viewer as to what is happening,” Haines explains.

But don’t be fooled that a shorter run time means a miniscule production time. Nathan described production at element26.tv, which could last up to four months with script agreement potentially taking up to six weeks.

Here lies element26.tv’s speciality, the creative back-end that shapes the rest of the production. It is the internal team fronted by Tom Lonergan and Louis Tsamadosthat who guide development before hiring the right talent for production. Nathan highlighted the importance of creative development which “has the benefit of aligning everyone to a creative vision”, and laying the groundwork for pre-production with the aim of “marrying the creative with the logistical”.

This does not, however, mean there’s a formula. Each film differs depending on its needs and this is clearly demonstrated in the variety that can be found within their portfolio. For instance the firm specialises in both live film and animation, which Nathan characterises as being like ‘apples and oranges’.

Though there may be a misconception that the filming process of both are similar, stricter structure is needed in the creation of an animation due to its time consuming nature of revisions. Where one can be re-shot immediately, the other requires time to reevaluate and redo. But regardless, it is a demonstration that short-form filmmaking is not a creative pursuit made redundant to only infomercials and informative corporate advertisements. Instead it is a pursuit that allows creativity to flourish.

Take for example the firm’s advert undertaken on behalf of ProCook. The film begins with a shot of a blade made of Damascus steel, the finest of metalwork, effortlessly slicing into a tomato. A chromed sieve shines against a black background then cuts to crisp lettuce being laundered. A sizzling skillet then cooks a chicken breast till golden, an image which is followed by an explosion of fillings.

A light dressing is then drizzled on top, all culminating in a regular Joe gleefully looking upon his creation: a humble sandwich. Everything has suggested that we were in the presence of a professional chef, instead we’re greeted by a regular guy in his kitchen. It has played with our sensibilities and built up our expectations but as the ProCook logo appears the message is clear. Even in making a sandwich you can expect the highest of standards to elevate your meal.

So what would Haines’s advice be to budding filmmakers? Haines is clear: “Be persistent, build a tribe, go create. Do not be discouraged by your lack of equipment, use what is on hand. So long as the story is convincing and the content engaging, you will find an audience. Making something will allow you to demonstrate any talents you do have and prove a dedication to the craft. Go and capture the imagination of your audience and get filming. It is the most beneficial thing you can do to start.”

Element 26 encourages those with an interest in collaboration, business or for guidance to get in touch. Currently element26.tv are working with AdSmart by Sky to bring a number of brands onto the platform. In January element26.tv and Sky will be running an event on the topic of getting brands onto TV, so keep your eyes peeled for updates.

And the future? Haines is excited to put the pandemic in the rearview mirror and firmly and when asked about element26.tv future he said they were, “striving to help more brands to reach their audience across a range of digital channels from TV to online and Out of The Home”.