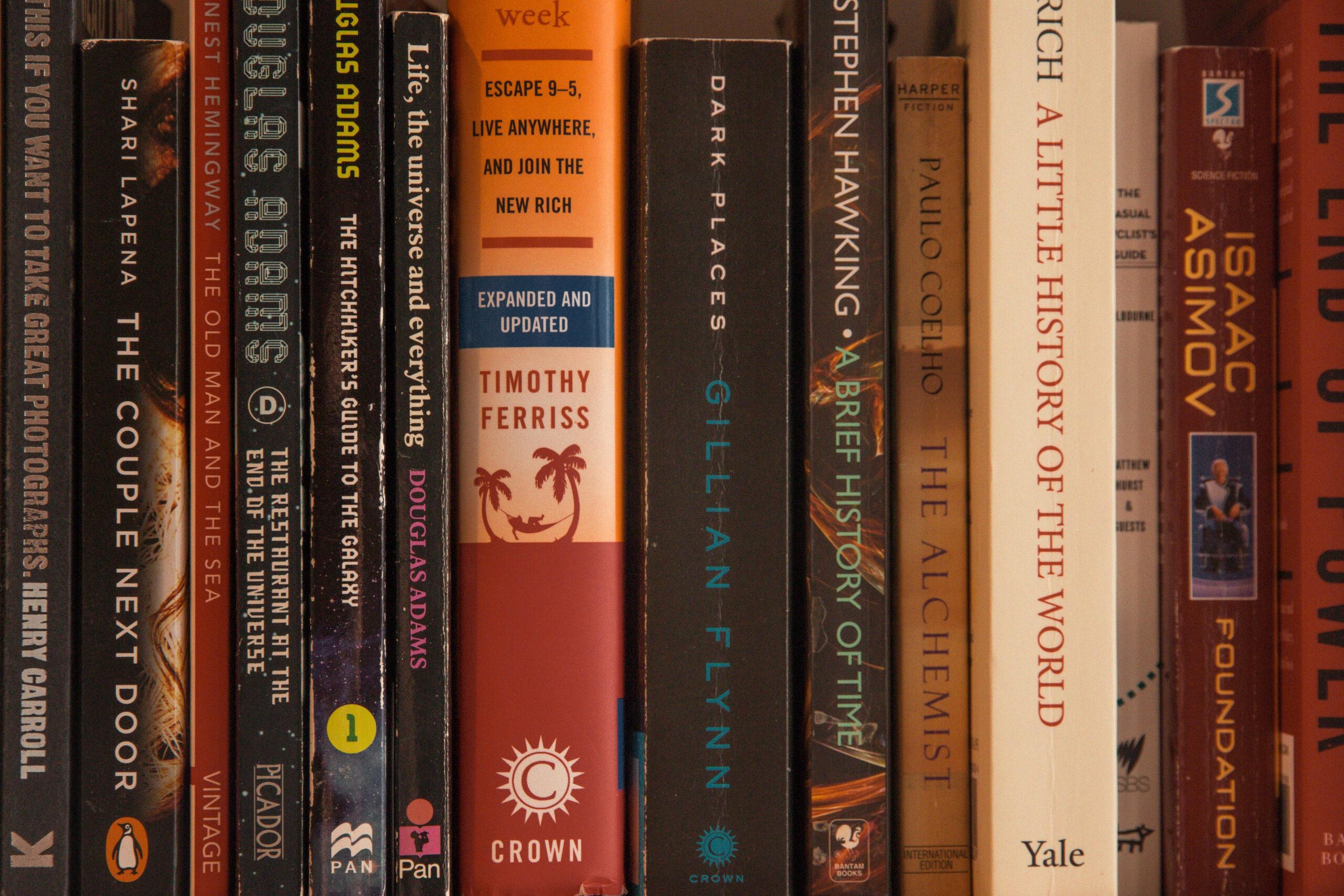 Dr. Todd Swift’s advice to young people on a career in publishing

Todd Swift has spent a lifetime on the front line of literature as a publisher, poet, and writer of film scripts. Here he discusses the future of publishing

If we have learned one thing from the pandemic, it’s that people seek comfort in stories. That these stories are often nowadays told in videogames, or on streaming TV services, or in Tweets and other brief image-based social networks, does not change a fundamental truth – stories arise from story-tellers, and most of those are writers. To extend that logic, most writers ultimately want to see their words published in books. Books, as we know, now evolve into many forms of adapted species, from electronic, to audio, and on to game, film, TV series, meme – and, yes, Halloween costume. JK Rowling may have her detractors, but she still launches a thousand Potters on October 31st.

All these stories, when gathered, and published, one way or the other, are the responsibility of publishers – and publishers need people to work with, and for, them. Apprenticeships, mentorships, and other programmes, are available online and in person, and in the post-vaccine days of the hopefully sunlit uplands to come, the young people of today could well be on the road to a job in publishing in a more socially pleasant future.

This article is meant to be a hopeful, if practical, and very brief guide to what they may face, should expect, and need to do, in order to best prepare for the interview and the potential jobs ahead, from editor, to typesetter, to book designer, to marketing or PR person; and concomitantly, what publishing faces when meeting them.

The only preparation for working in publishing is to read. A recent story in the news about a rock star in his fifties who had never read a book until lockdown, then read dozens, shows it is never too late to acquire the gift of ravenous literacy. But for a young person wanting to work in the book trade, an earlier relationship with them is essential. This may have once sounded elitist; it may well still sound so. But the good news is that libraries and online word hoards like Project Gutenberg make it less difficult for any person to find the great works they need to dive into.

A second skill – and it arises from the art and joy of reading – is writing. No one working in publishing can expect to get far without some ability with gramma and spelling. If you are the sort of GCHQ person who corrects books with a nibbled pencil stub when you read them, you will do well. Again, though, we have moved on from the old days. Enlightened pedagogy means that even people with dyslexia now work in publishing, even in proofreading.

The educational profile for younger people working in publishing has been an issue in the press and wider world of discussion of late. It is probably accurate to say that there was a time when you’d find the Bright Young Things of Bloomsbury beautifully dressed and cleverly down from Oxbridge with a First in Classics.

While this sort of clubbable coterie is ever-present, the truth is that almost all universities in the UK and beyond offer Publishing and Creative Writing degrees, from BAs to PhDs. The best-known course may be UEA in the fens of Norwich, where Ian McEwan famously studied, but it is no longer unique. Further, in the age of LGBTQ, Biden-Harris, BLM and MeToo, publishing houses are in dire need of being yanked, pushed and thrown into the 21st century. While many of the smaller independent presses (like ours) are able to be more flexible, the larger companies, replete with the pale and stale males still wearing their spattered ties from that long Soho lunch with Ian Hamilton in Soho from the 70s, have been less nimble, more oil tankerish. But even they have recently taken on board the calls to arms and hastened to appear desirably open to all.

It may be unfair to characterise young people as being hip to the latest trends, but youth, by definition, can never be late to the party. It should be said that the direction in publishing can only benefit those who have an awareness of TikTok binary identities, ambiguous pronouns, James Baldwin’s resurgence, and Billie Eilish.

On the other hand, we could also do with learning a little wisdom and restraint in publishing. This was seen recently, when junior sub-sub-editors and many up the chain of command refused to work on books by famous actors and writers whose alleged behaviour or opinions differ from their own. To a man in his mid-50s, like myself, freedom of speech means publishing Morrissey, Larkin and Peterson, warts and all, as well as Das Kapital and Mein Kampf. It means having a broad and morally demanding list, capable of accommodating both Richard Dawkins and the latest Archbishop with a laptop and some spare time. Not so for the young of today, the ‘milkshakes’ as I call them. For them, only the just and right-on should be free to speak; the ones who profited from injustice for eons should now step aside.

There is, of course, another curious incident of moral and philosophical disconnection between the generations. That’s the understanding of how capitalism works with regards to literary and commercial enterprises. Since many young people in publishing are left-leaning, their sympathies are not with owners or directors, seeking to maximise profit, though by law, companies in the UK must not intentionally lose money or avoid profit.

The ideal view is that books should be as free from the taint of money as possible – yet the industry they enter is enmeshed in a centuries-old cutthroat market system. Agents and writers seeking sales and royalties complicate the story, for you may often encounter a mild-mannered Marxist poet, or writer’s union official, whose work challenges the structure of Western industry at every stage, yet who demands top dollar for their writing, and wants their books to sell in bookshops and online without discount. Poets, especially, seem torn between wanting readers (and the cheaper the edition, the more readers one gets) versus wanting money.

The fact is the old ways of publishing are being swept away. This is one reason why, despite most bookshops being closed for many months in 2020 and 2021, my smallish press did not collapse at once. Like every other publishing house we have begun already to diversify, and even before the pandemic, were somewhat insulated from the worst of social distancing. Now audiobooks and eBooks represent far more of the sales; print on demand allows for a back list to be digitally available globally without large overhead; and new distribution channels arise to try to compete with Amazon.

It can be tempting to be overly bullish at a time of great depression. False bravado cannot mask the poverty of our cultural moment. As the book becomes a delivery system for preconceived comforting images and tropes, the danger of The Book has been somewhat forgotten. My company supports free speech in the traditional broad church sense. Our motto is: No book is better being burnt than being placed in a library for posterity. Judgement is never really ours; it is temporal. We are dust after we are dancers.

Working at a smaller, independent press has both the disadvantages of working freelance or part-time but also the freedoms and flexibilities that come with it. A quick glance on the Internet will show that even in London the media salary for a junior editor at a large well-known publishing house is often under 22K, and even experienced editors take years to reach above 30K. The financial rewards of a career in publishing are not therefore likely to be magnificent. To work part-time for a small indie press, therefore, means being able to seek other rewards and even study (or train), but it may be nail-biting. But then is not all the world nail-biting, now?

Books have endings. I always advise writers to end their books with an echo of the first sentences of the first chapter. Seamus Heaney would, following Robert Frost, always remove the final poem in a collection, and keep it to start his next. As I write this article, the world is in ferment, but it is potentially transforming itself. Publishing, perhaps, can become enriched by new thinking, new technologies, and new politics. As in so many walks of life, the old will step aside, as the young run past, to see if the bookshop doors are open again, come the end of this pandemic.

Todd Swift is the director of the Black Spring publishing group.