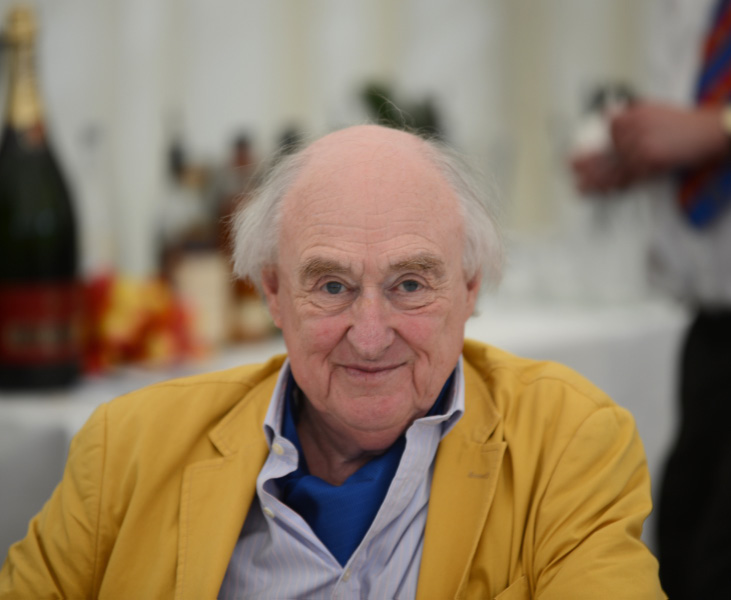 Diary: Henry Blofeld on his new book, not retiring and how to pursue a career in cricket

The legendary commentator on not retiring, his Eton education, and why the BBC wouldn’t look at him today

My new book Ten to Win…And the Last Man In isn’t so much a reflective pandemic book, as a book which has to do with the importance of Test Match cricket. If Test Match cricket were to stop, the game would pall alarmingly. The fact that it’s still there, to some extent keeps T20 and the Hundred honest in a funny way. The game which bores me is the 50 over format, particularly when play sags a bit in the middle. T20 and The Hundred are both fine – provided you don’t make the mistake of calling them cricket. It’s showbiz.

I write my books on my iPad on my knee – the last eight books have been done like that and I must say I find it very easy. When I write a long paragraph on the iPad I might correct the prose there and then – but when I really have corrections to do, I print it out and make my alterations from the hard copy. I find if I sit with a computer or iPad, it has a nasty habit of cutting it and disappearing, meaning I must spend 25 minutes typing it again.

Right into my eighties now, I’ve worked very hard. I suppose I’m driven by the fear of boredom and the fear of waking up and not doing anything. Fortunately, I have a fantastic Italian wife, and we prefer to be on the road. Besides, you hear of lots of people who retire at 60, and by 65 they’ve become not only the worst bores you’ve ever met, but alcoholic bores. I have a brother who was a High Court judge for 35 years, and though he might try to deny it, he hasn’t really done anything since he was about 75 and he’s now 89: he still champs at the bit rather as if he’s in the High Court. They force them to retire, and in one or two cases it’s a good thing, but it probably wastes quite a bit of good brain power, because experience is important.

I grew up in a farming family – the Hoveton Estate has been ours since about 1520. My father wasn’t interested in cricket, it was something I picked up at Sunningdale, where I was in the first XI for four years. I was completely nuts about cricket from the age of seven. When I arrived at Eton, I was quite a good cricketer. I loved my five years there, and all my ten years at boarding school. It gave you the confidence to look the world in the face.

During my last year at Eton, I had a terrible accident and I felt I had the whole of my life taken away: for a long while, life and cricket wasn’t what they’d been before. It took me a while to reinstate the confidence which I might have had had I left Eton unscathed. I have no idea if I would have played Test match cricket had I not had that accident.

If I arrived today at the BBC and asked for trial commentary, they wouldn’t look at me. For a start, my voice would be a grave handicap. And the way I did it – with the assumption that the whole scene needed to be described, and the picture should be painted – they wouldn’t want that now. I don’t think John Arlott or Brian Johnston would get a look in either, any more than Neville Cardus would get a look in at a newspaper today.

If a young person came to me and said they wanted to commentate, I’d recall the advice of Johnny Woodcock, who was the reason I became a journalist in 1971. I said, “I want to write about cricket,” and he said, “I wouldn’t advise that”. But if they persisted, what l’d do is ring up Henry Moeran who’s the assistant producer at TMS and I’d say, “Over to you.” And from there it’s anyone’s guess what he’d say.