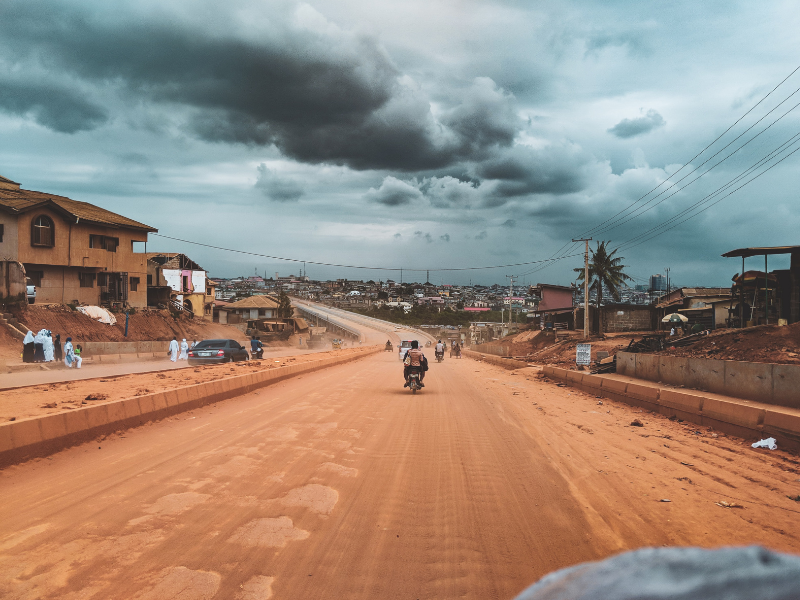 Without a significant move by the UK government, Africa’s most populous country will implode, writes Chuks Iloegbunam

Thanks to social media, news of the massacre of peaceful protesters in Lekki, Lagos, rapidly spread throughout the world. How did it happen that, in apparently democratic Nigeria, soldiers opened fire on their fellow citizens peacefully protesting systemic police brutality by waving the Nigerian flag and singing the national anthem?

Lekki needs to be put in context. Even in colonial Nigeria, massacres were commonplace. When the civil war came in 1967, it accentuated the devaluation of human life. At the war’s end in 1970, millions lay dead, finished off by indiscriminate bombing and strafing, as well as starvation and protein malnutrition.

It is a country which doesn’t look after its young. Youth unemployment stands at 13.9 million according to the Nigerian National Bureau of Statistics (NBS), which also states that the Nigerian youth population eligible for work is a staggering 40 million.

Insecurity caused by Boko Haram terrorists, Fulani herdsmen terrorists and Niger Delta militants are often cited as reasons for this, but a sizeable portion of the unemployed are also unemployable due to the lack of basic skills. The country lacks the sort of social security taken for granted in Britain and elsewhere in Europe and North America. There are no unemployment benefits. As a matter of fact, the employed are often owed unpaid salaries for upwards of ten months, even years.

The government also has a history of keeping this state of affairs in position – and again it does so with violence. On February 1, 1971, Kunle Adepeju, an undergraduate of the University of Ibadan was killed during a students’ demonstration against poor catering services. The Police claimed that a stray bullet from one of its guns had felled Adepeju. The nation was scandalised. The university was shut down and a board of inquiry instituted to determine what truly happened.

Many other examples might be cited – from the Bakalori massacrre on 28th April 1980 to the destruction of Odi on November 20th 1999. It is a long and melancholy history of government suppression.

Today, Nigeria boasts about 172 tertiary institutions, annually churning out tens of thousands of young men and women with little hope of employment. Only unserious societies remain blissfully uncaring about the place and disposition of alienated youths about half of whom have been trained in the sciences and have at their fingertips the knowhow to upset the applecart.

Graduates with intent to do business or go into manufacturing are hampered by lack of funds. The government has not created any new industries in the last five years. It has not paid any attention to setting up new refineries.

The national currency, the Naira, has continued to plummet in value. There was a time when the naira was superior to both the dollar and the pound sterling. But $1 today exchanges for anything between N400 and N450.

The displacement of whole populations that end up across Nigerian borders, or inside Internally Displaced People’s (IDPs) camps mean a devaluation of farming, grave loss to incomes and hikes in food prices.

But the world is changing – and Nigeria with it.  In 2015, earthmoving equipment was used to dig mass graves into which hundreds of slain Shiites were buried. But video clips of the dastardly act are in existence. Now, nearly everyone wields the immense power that is the cell phone. For this, grotesqueries like Lekki rebuff concealment. In real time, the massacre was filmed and transmitted across the globe. Official denials that it happened have been quite thoroughly discredited through credible investigations by various standards-setting organisations, including CNN.

Bizarrely, the authorities are hounding those thought to have led the #endSARS demonstrations, instead of addressing their grievances. They are confiscating passports, freezing bank accounts and shoving into detention people guilty only of participating in peaceful demonstrations. In this regard, informed Nigerians cannot get over Britain’s taciturnity in relation to a country it colonised and in which it still wields incomparable influence. In fact, repeated Downing Street administrations are seen as complicit in Nigeria’s determined abysmal plunge.

This complicity may explain why the International Criminal Court (ICC) which indicted al-Bashir has not considered a similar action on certain Nigerians whose wantonness makes the former Sudanese dictator to look like a Sunday school teacher. That is why British opinion influencers with conscience must look beyond Whitehall and systematically mobilise voices to interrogate Nigeria before it implodes.

Iloegbunam is a Nigerian journalist and novelist.