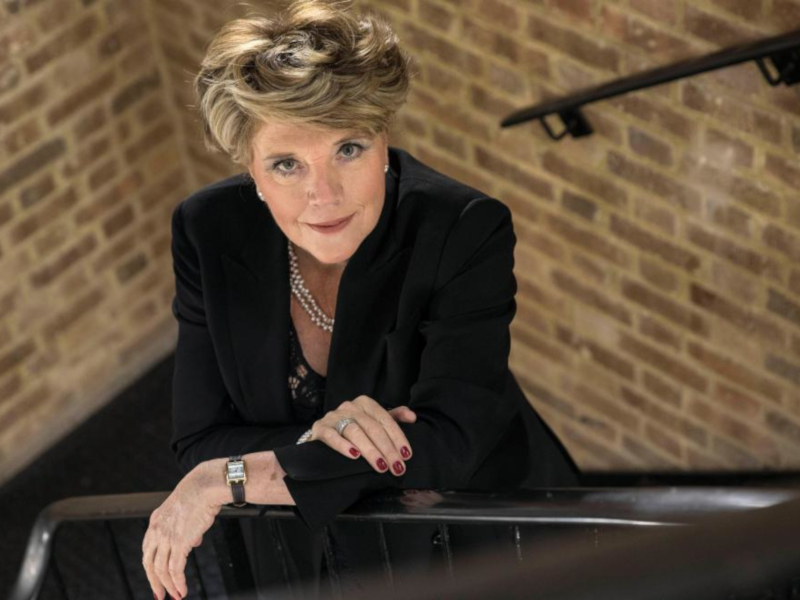 Carol Leonard: ‘Journalism is not a career to retire in’

I’d recommend a career in journalism to anyone but it’s not a career many people get to retire in. You do it for a decade – maybe even for two or three – but then you do something else.

At The Times, when I was leaving in the 1980s, there was a retirement notice posted to the door of one of the longest-serving editors. I remember thinking that it was the first time I’d seen someone at the paper reach retirement age. Of course, there is a career path in journalism – from local newspaper to national newspaper, then on to columnist, or into broadcasting and editor. None of those appealed to me. I’d have paid to do my job, and that’s the trouble with those sorts of jobs – as a consequence you tend not to be paid very much doing that kind of work.

But if you work in journalism, you acquire important skills, and then you can progress and earn something a bit more livable-with. As the Times City diarist, I was my own boss. As a representative of an august organization, I had a lot of access. I did about 150 profiles of captains of industry over three or four years. It was hugely demanding physically and emotionally; each was a kind of mini novel. I started to wonder whether I had the energy to go around the block again.

I asked myself what I liked. I liked meeting people, and I knew how the business world interconnected. Then it happened. I had profiled a man in the headhunting world called Roddy Gow. Miles Broadbent – a competitor of his – was incensed that I’d portrayed Gow as being the top of the profession. Miles asked me to come meet him. Even then, I made the effort to meet with people face to face. It’s important to look people in the whites of the eyes.

Three months after our first meeting, he rang me and said, ‘Can you have lunch with me at the Savoy Grill?’ In the 1980s, that was the power-broking dining room. When we sat down, he said right away: ‘When are you going to become a headhunter?’ I replied that it’s not something I’d ever thought of. No-one grows up thinking of becoming a headhunter!

He said, ‘Have a think about it. If I haven’t heard from you in three months, I’ll call and ask you again.’ Afterwards, my then father-in-law said: “Why didn’t you bite his hand off? This is the main chance. You only get two or three. Make the most of it.”

When I began headhunting, I found I’d picked up so many skills at The Times. I’d learned to become self-sufficient, and I’d long since stopped being nervous cold-calling people. When you ring up as a journalist, the person on the other end of the phone can panic; as a headhunter you’re talking about a role and that makes it easier. The wider skillset is also similar to financial journalism. It’s all based on long-term relationships, trust, listening to people, interviewing people, reading between the lines, note-taking – and recording data.

What fascinates me now in my work is the question of what makes people tick. There’s usually something in childhood that gives the successful that extra piece of drive – an insecurity which makes people work harder than those who didn’t have the kinks. Most people who do very well have sacrificed a lot both personally and health-wise. These people will get Alzheimer’s when they’re older – it all comes at a price.

Now, with Covid-19 the world has changed all over again. Video interviewing is pretty good actually – perhaps 90 percent as good as face-to-face. Obviously where you have a FTSE 100 CEO down to the final preferred candidate stage then you’ll want to meet, and the offer is unlikely to be on anything other than a draft basis otherwise. But I’ve seen non-exec roles offered and accepted without the parties having met one another. This time is brutal for people out of work, but actually the businesses which do emerge will be stronger, leaner, and fitter.

To young people looking for a job now I’d say that personal relationships are more important than ever. And I would remember always to be open to new experiences. When I think of my decision to leapfrog careers, I think it came from a confidence given to me by those teachers who believed in me.

There’s something special in all of us, but you don’t have to limit your career to that special quality: it can be a springboard to believing in yourself more generally, and then someone in a position of power will notice it. That can lead you to different spheres – it can make a headhunter out of a journalist.

Carol Leonard is the CEO of the Inzito Partnership, an ex-Times journalist and a visiting fellow of the Said Business School