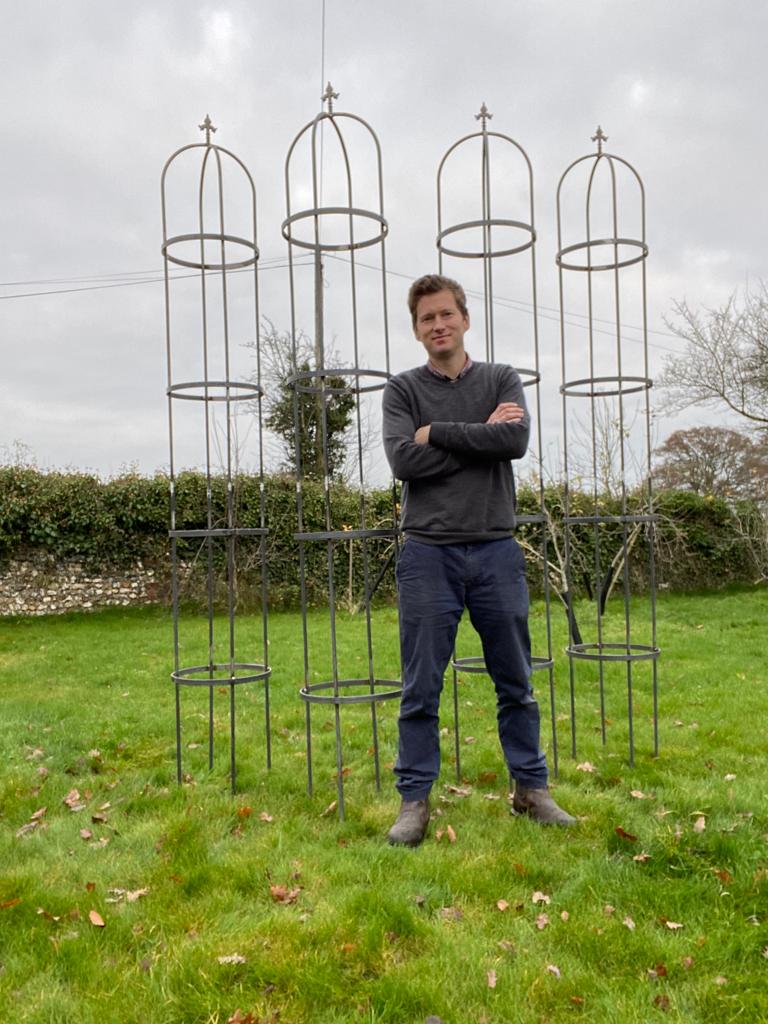 Career shift: Eddie Vincent on his switch from finance to furniture-making

Eddie Vincent built a 22-year career in finance after studying at Newcastle University. Now, he has left that job behind to make metal furniture in his village of Hambledon. We spoke to Vincent to find out how and why he made the switch, and how a career making physical things differs from office life. According to Vincent, the catalyst for the change was he and his wife’s separation.

“Before this, I was doing asset management and finance as a fund manager. I’d been doing that for 22 years. I worked at Goldman Sachs for 10 years, and then then in a smaller company. At the start of the pandemic, my wife told me that she wanted to separate. So long story short, about eight months later, I moved out,” Vincent says, “I ended up with a workshop here, which I didn’t have before, so I bought a welder. I was doing some little hobby jobs and stuff like that, but when the lockdowns came in around Christmas I started making fire pits. I probably sold around about 12 fire pits, which is not a huge amount, but this is when I was first starting out.” 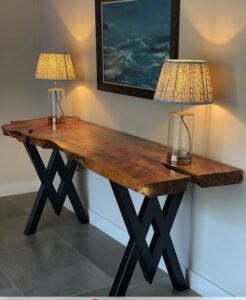 In the beginning Vincent viewed his newfound skill as a hobby, but he quickly saw that there was a market for his work and started posting his projects on Instagram. Facing competition from large companies such as Amazon, he has branched out from fire pits and now makes custom furniture which cannot be bought elsewhere online. His current speciality is making fender seats, which are the upholstered rails which go around the sides of a fireplace.

“I realised quickly that fire pits weren’t really the thing that I wanted to do because you can buy them on Amazon, and trying to compete with Amazon is virtually impossible of course. All these companies have huge economies of scale. So I sort of started thinking ‘I need to do something that’s a little bit more niche and a bit more bespoke’, and I’m still kind of there at the moment,” Vincent says, “This week I made a big upholstery table for someone who makes curtains, and you can’t buy that online. I mean, it’s a huge table, it’s over three metres wide when it’s fully extended, and it was a big learning process to try to get that right. But really where I’m going at the moment is making fender seats. There aren’t many people who make them. You can buy them online, but every fireplace has totally different measurements so you need to get them custom made.” 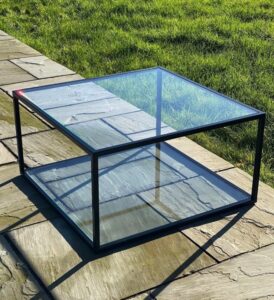 By producing metal goods which either need to be custom made or which are not mass manufactured, Vincent has been able to find niche markets for his work. Having no prior experience in the field, Vincent has learned many of his skills on YouTube, including how to price his work. Because he is currently a one-man operation, Vincent has to factor in not only his time and cost of materials, but also the cost of powdercoating, upholstery, and delivering his pieces.

“Trying to work out how to charge for things you can’t really find online is actually quite tricky. You can work out what your shop rate is, and I tend to look at a lot of YouTube videos that are really helpful for that kind of stuff. I don’t have any overheads apart from my utility bills, because my workshop is at home, so from that perspective, apart from buying tools and things like that, I don’t have any other sundries that I have to pay. I’ve ended up doing a lot more driving than I thought I would, so that’s one thing which I’m starting to factor in,” Vincent says, “I’m still kind of undecided about which way the business is going to go. I love making the fender seats. I basically like doing anything that combines materials, whether it’s with metal, wood, or glass. These are things where I feel that you can charge a design fee on top of it, whereas if you’re doing something like fixing someone’s vents or doing some railings, it’s very easy to try to get competitive on that, and I don’t really have any interest in doing that. Most people seem to always say yes to my prices, which probably means they’re a little bit low. And that’s another part of the learning curve. I think, in a way, you want to have a few people say no to your quotes, rather than everyone saying yes, because it probably means you’re being a little bit cheap on yourself.” 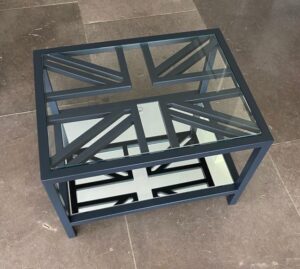 Many people dream of leaving the office life behind for more tangible work, and the pandemic has made many of those dreamers take the leap. For Vincent, the choice to make a change has proved to be the right one, and he says that the satisfaction he gets from his new job makes up for the pay cut he had to take to start his new venture.

“I think the catch of it is that I’ve taken a massive pay cut at the moment, and I don’t imagine I’m ever going to get up to what I was earning before. I found that in my old job you had thousands of people doing the same thing, whereas with this, yes I’ve taken a pay cut, but when I dropped that table off the other week the client’s face lit up and they said ‘Oh, I just love this, this is amazing!’ and that’s a huge thing,” Vincent says, “I commuted for eleven years three or four times a week, so I was getting up at 0530 and not getting home until 1930 at night. And I’ve seen all these people well into their 60s still doing that, and I knew that’s not what I wanted to do.”