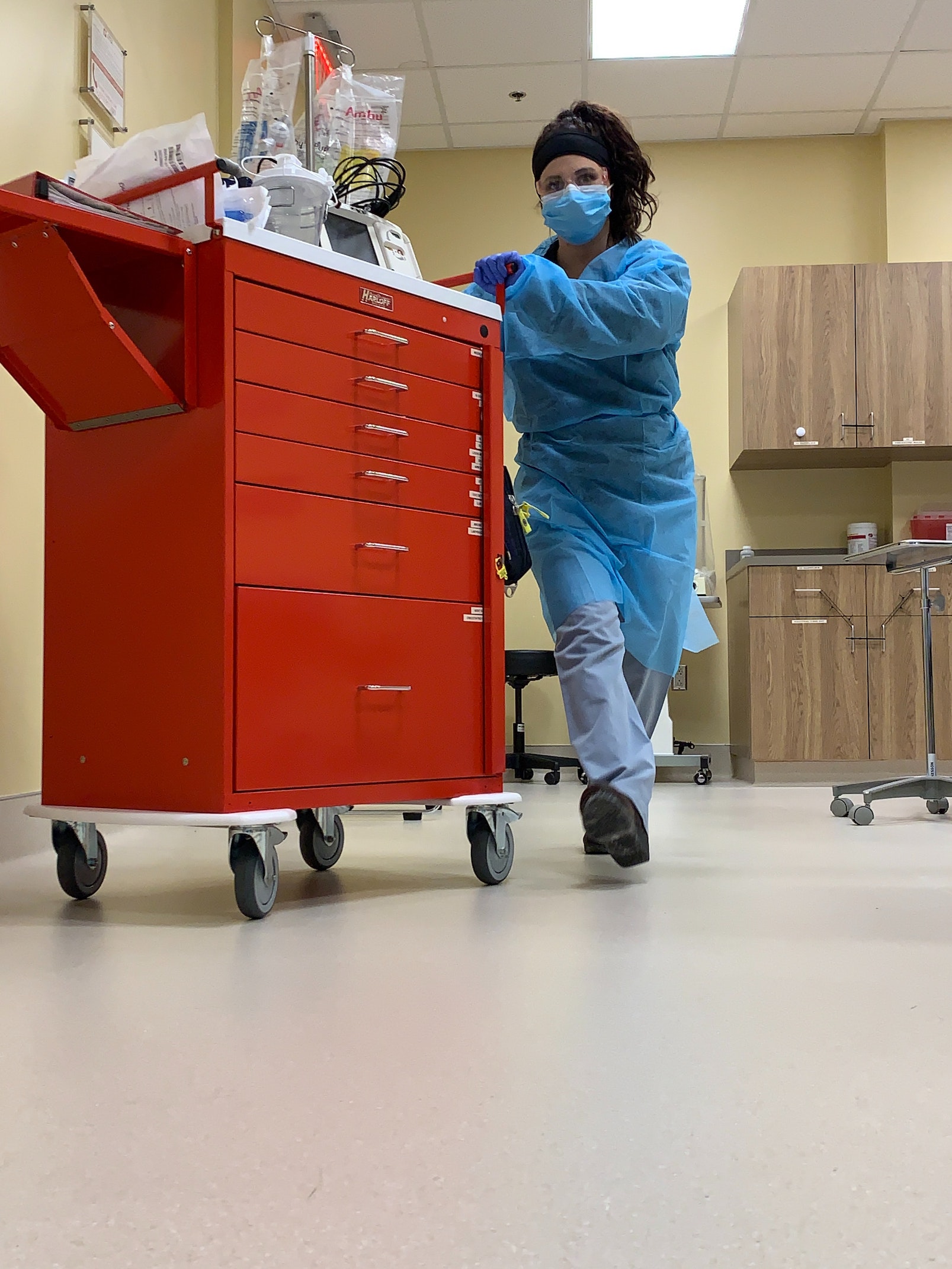 Bulletin from the Pandemic Front Lines

My role working for a London Clinical Commissioning Group during 2020 has been dominated by COVID-19. Responding to the first wave of the pandemic we enabled our local GPs to continue to be able to care for their patients by rolling out phone and video consultations and worked with clinicians to make sure that appropriate infection control procedures were in place to ensure that those that needed to be seen face to face, either in the surgery or at home, could be seen safely. The summer saw a shift to ‘recovery’ – trying to catch up with all the people who had not been in touch with their GP during the first lockdown, either through not wanting to be a burden or simply from fear of catching the corona virus.

From October and into November the anticipation that vaccines would be approved before Christmas started to become a reality and so my days since then have been spent trying to work out how we can administer life-saving vaccines to as many vulnerable people as quickly and safely as possible. I’m fortunate to work with some really brilliant people at all levels within my organisation and also at the local GP surgeries. The oft-maligned ‘NHS management’ has performed its role well in allowing clinicians to convert policy into a clinical model and then doing everything possible to ensure the model could be mobilised. Everyone has pulled together, working over and above already long hours, with a spirit of “we must do this for the good of our patients and the whole country”.

At the start of December, we were written to by NHS England stating that they would give us 10 days’ notice of our first delivery of vaccine and low and behold on 4th December an email pops up in my mailbox – 975 doses of Pfizer vaccine will be delivered to our first site on Monday 14th December. This was closely followed by an email three days later stating that we would be getting the same delivery to our second site. The small details like taking delivery of a fridge, syringes, needles, computers, sanitiser etc. would be communicated to us in the coming days. Time to start calling staff and patients!

975. This magic number would consume all of our thoughts for the following weeks. The high tech, mRNA vaccine from Pfizer must be stored at minus 70 degrees centigrade. It is then defrosted en route to the vaccination centre and upon delivery, we have around 3.5 days to get it into the arms of nearly 1,000 octo- and nonagenarians. Speed would be of the essence to ensure good patient ‘flow’ through the premises and enable us to maintain social distancing and infection control procedures to keep these vulnerable people as safe as possible. Many of them hadn’t felt able to leave their homes since March and most would not have been around so many people at one time since then either.

After the first few clinics had bedded in and we had a better idea of the staffing requirements – use fewer doctors and more pharmacists to do the jabbing; make use of all the local people willing to volunteer – I decided that I would volunteer at the sites as often as my day job would allow. Expecting to do some stewarding, I was immediately thrust into the role of operational lead, which was a bit of a shock, but I took inspiration from the people around me and got stuck in.

Throughout the sessions I’ve worked I’ve really been struck by the gratitude of all the residents who have attended for their vaccine. There’s a real sense of hope pervading the building accompanied by the occasional, very British, suppressed shout of “YESSS!!” from our particularly outgoing patients. I hear that in New York they have spontaneous applause, tears and whoops of joy, but the quiet gratitude and good humour of all of our patients is enough for me.

Working at the vaccination hubs is thankfully, generally, uneventful. The early shift normally brings a few patients arriving at 7:15am for their booked appointment at 8am, happy to wait for 45 minutes until we’re ready to start. We have been let down only a couple of times by the National IT system for recording vaccinations, frantically writing down peoples’ details on paper forms to stop the queue outside in the snow from getting too long. The late shift at one of our sites culminates in a race to shut the doors before the local fox decides she wants to spend the night in the building.

I found myself doing a stint on the reception desk recently with one of the regular volunteers, Spirit. She had been working in a very sociable shop before the pandemic and had only been able to go back there when restrictions allowed. I could tell that she was really feeding off the energy of all the patients and we confided in each other that that was one of the many reasons for volunteering. In a selfish kind of a way it’s been really good for me too. I’m fortunate to be of an age and in good enough health that COVID-19 is less of a worry for me, but I have been confined to my house and the surrounding parks with my young family for 9 months now. It’s fantastic to be around lots of people again and to be able to have a chat with strangers (remember that?).

Writing this shortly after the 15thFebruary target has been met to offer the vaccine to the 15 million people over 70 years old and the clinically extremely vulnerable gives me an enormous sense of pride. The government’s handling of the pandemic can only be properly assessed in the fullness of time. There have been elements that they probably could have done better, but the vaccination programme has been a massive success. New data coming out of Israel is giving firm evidence that the decision to delay the second dose of the vaccine to 12 weeks was indeed the correct one, allowing the maximum number of people to get a good level of protection against the virus. There was also very welcome news with the government’s recent announcement that surplus vaccines would be donated to Covax for use in developing countries, showing that the United Kingdom is still a respected leader in the international community.

Having spent many long hours and expended large amounts of energy on inoculating our most vulnerable with a first dose of the life-saving vaccine, the programme continues. Those aged 65 to 70 years old and adults with underlying health problems are next, along with planning for the second doses for the 15 million vaccinated already. Uptake so far has been really good, but I’d like to finish with a call to action for our friends, colleagues and fellow citizens from black and ethnic minority backgrounds (BAME) to come forward for your vaccinations too. Uptake in these groups, particularly in people with African and Caribbean heritage is much lower than for the rest of the population, whereas they have disproportionately suffered the ill effects of COVID-19. It’s down to all of us to encourage our friends, parents and grandparents to take up the offer of vaccination in order to save lives and end the pandemic.