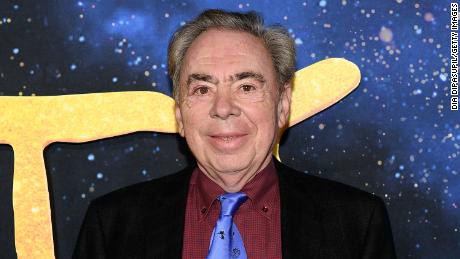 Andrew Lloyd Webber: “If I were in the House of Lords today, I’d resign the Conservative whip”

Emily Prescott catches up with the impresario at the reopening of the London Palladium after a major renovation, and finds him in bullish mood

What’s the best night you’ve had in this theatre?

I’ve never had a show on at the Palladium. It would be nice at one point – it’s one of the few where I haven’t.

Any shows which you particularly remember when you were growing up?

When I was a child I saw John Gielgud in The Tempest and I remember it started with a lantern swinging. It was very clever – the magic of that.  That was followed by My Fair Lady. It was a memorable production because John Gielgud on the last night broke Prospero’s staff and said: “This theatre will be lost forever to musicals!”

And did that prove the case?

Well, I’m going to prove him wrong. There’s a lot of emphasis on Shakespeare here. He’s in pole position as you come in and you have those really exciting pictures that Maria Crane has done. I just thought: “Wouldn’t it be great to have something modern, something contemporary?”

It’s also an interesting space. What sort of potential does it have?

This theatre is very flexible. You don’t have to just play in the conventional shape but in the round, which is very exciting. Architecture is my greatest love, and this is the finest space I now. I just want this to be open and for people to be enjoying it and see this. By the way, despite the fact that this is the biggest restoration of an historic building, there’s no support from anybody in government.

I’ve heard that you have a photographic memory for music? Is that true.

Not really no. Though there are certain things in theatre one does remember!

How do you feel about all the stop-starts to theatre this past year?

I’m feeling pretty devastated – we’ve had to cancel four weeks of sold out houses for Cinderella. For a Conservative government to ignore this sort of thing and also not to realise the economic importance of theatre is beyond belief. I just don’t think anybody in the Treasury could have really gone through what the figures are.

Can you talk us through those?

Well, the most successful movie of all time is Avatar – that’s in pure money terms. It grossed $2.8 billion. But The Lion King – which is the most successful musical of all time – grossed $9.1 billion – and that’s not including the film. The Phantom of the Opera is $8 billion. The combined gross of Cameron Mackintosh’s productions is ten times the gross of Avatar – yet films get insurance and theatre is sometimes considered this bolt-on nice-to-have inessential thing. I might add that The Lion King in the theatre has outgrossed the entire Harry Potter franchise.

So you’re not thrilled with the government?

They’re either economically illiterate or Philistines – probably both. I retired three years ago from the House of Lords, but if I were still there I would resign the Conservative whip.