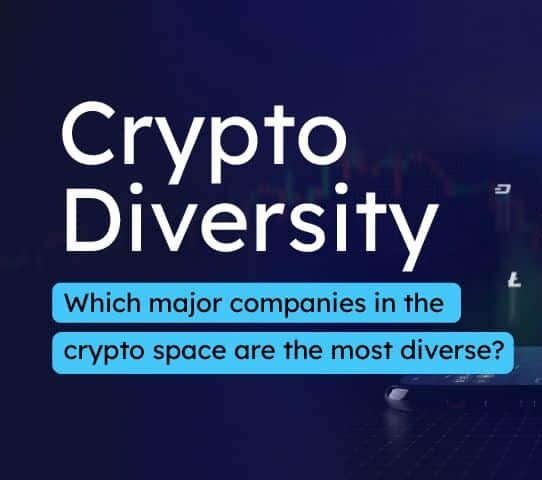 The foreign currency exchange platform Forex Suggest has analysed the senior leadership of the world’s biggest crypto companies to find the most and least gender diverse. Of the 32 top crypto companies, all of the CEOs and founders are men.

The largest crypto company Binance, worth $2 Billion (£1.6 Billion), has a ten member board, three of whom are women. This 30/70 ratio beats the second largest company FTX, which has a board made up of five men and one woman. The third-largest company, NYDIG, has only one woman on an eight-member board.

Forte Labs is the only company with more women on the board than men (five women, four men), followed closely by Chainalysis with six women on a 13-member board.

Of the CEOs and founders, nine were born in the US, and 93% achieved at least a degree
level education. The most common university for top-level crypto CEOs is Harvard with four CEOs, though Oxford and Stanford Universities share second place with three CEOs from each institution.

The most common field of study is, as predicted, economics, with eight CEOs choosing that path. Close behind is computer science, which six CEOs share. In a four-way tie for third, two CEOs studied international business, electrical engineering, physics, or general management.