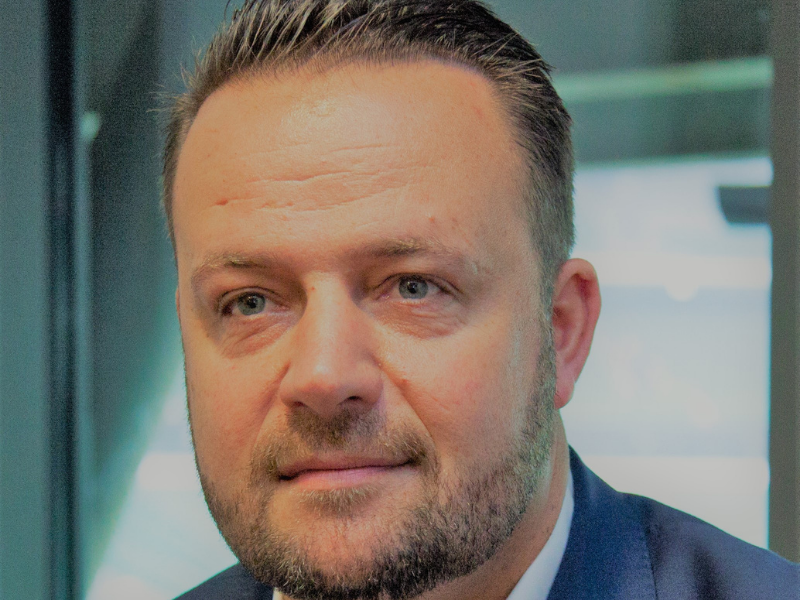 Interview with Simon Giddins: ‘the man you go to if you have a problem the police can’t fix’

“Imagine, someone has just destroyed your life in an instant, you’ve been scammed of your life savings, you’re sat there looking at the computer screen with your bank statement. All you feel is that nausea, that shock, your skin is prickling with cold sweat, you don’t know what to say. You phone the police, expecting a police car to come roaring down your driveway with blue-lights and people with notebooks. But nobody is coming to help you.”

Simon Giddins, a personable but mysterious figure, can only be described as having walked off the set of a TV adaptation of Arthur Conan Doyle’s Sherlock Holmes. However, Giddins sees himself more in J.B Priestley’s Inspector Goole, who he says is  ‘the bastion for those without hope, which very much goes to our core values. We see people from all levels of society and try to help – we provide solutions to situations, and as a company, fight their corner.’

To meet him in person Giddins, who is the Managing Director of Blackstone Consultancy, a private intelligence and security consultancy is an exciting mix of anecdotes and vaulted secrets. His clients number among the richest and most powerful people from around the world; a little black book no one will ever get their hands on. When I name a handful of famous figures from billionaires to well-known politicians he’s prepared to play a long a little. ‘Yeah, most of those,’ he smiles.

Giddins holds all the expected credentials, an illustrious career in the armed forces, a degree in Terrorism Studies and a former deputy directorship of special projects for Aegis Defence Services.

So how has business been since the world was swallowed by the pandemic? Business is booming, and Blackstone’s agents were given licence to travel since their clients are ‘part of the critical national infrastructure.’ During the lockdown the company has professionally developed now housing two Chartered Security professionals: to put that number into context, there are only 160 such individuals in the world.

Even though official crime statistics stopped being published in March, Blackstone’s estimates that crime has gone up by 47% with cybercrime in particular having gone through the roof. ‘At the start of the lockdown we were seeing a lot of cybercrime using NHS messaging, asking people to buy tests or give personal data’ says Tom Tahany, an operations manager at Blackstone, who joins us for the interview. Giddins adds that ‘there has been a lot of sexploitation.’

‘Economically’, Giddins continues, ‘we are about to hit a wall, especially when furlough ends’. ‘As always we are ambivalent on political matters, but when furlough ends we will see an influx of business. Especially with the police’s attention diverted elsewhere in enforcing restrictions. Further to this, the more demonstrations we have – for example, anti-lockdown protests – police resources are diverted and crime then spikes.’

I’m interested to know what advice Giddins and Tahany would give to sixth formers or undergraduates that may be interested in a career that does not usually feature at the average university careers fair. Giddins emphasises that the perception is that they would want to recruit big guys with military credentials, but the reality is the needs of the industry and his clients are ‘so vast’ and ‘that’s why organisations like ours look for extra curriculars alongside academic achievement. And ask “how are you adapting those skills?”. Tahany, for example, is a qualified rugby referee, where he learnt to deal with big towering units of men in high intensity situations. While the company is interested in those with academic achievement, the particular field of study is unlikely to be the deciding factor on a candidate’s recruitment.

Blackstone’s are also advocates for diversity in the industry, particularly with regards to gender and background. Tahany, who joined as an analyst – but is now an operations manager – is from neither a police nor a military background. Giddins says: ‘For me as the business owner, I don’t subscribe to only recruiting from ex-military or ex-police because then you only have those ex-military or ex-police views.’ ‘The security industry is a bit monolithic,’ he continues ‘populated by fat, old white men who do have gender bias. We, however, don’t gender classify.’

Although this may not sound particularly progressive by the standards of some sectors, in this industry it’s a revolutionary approach. ‘Attitudes towards women in society particularly concern me,’ continues Giddins. ‘One in three women are harassed or stalked in their life. They have unwanted attention or are placed in situations where they feel uncomfortable.’

And when Giddins discusses diversity it’s more than mere talk. The Company is committed to young individuals seeing this as a viable career option. Giddins himself mentors two young individuals around the ages of 18-20 from underprivileged backgrounds each year.

Tahany, a popular figure from Channel 4’s Hunted, has been at Blackstone’s for two and a half years. He credits his practical experience on the show as well as his educational background as having led him to such an exciting profession. Shortly after joining, he found himself running surveillance teams in the Baltic nations. He tells me being an analyst is varied work, including conducting due diligence and background work on an individual globally, conducting data scrapes of an individual’s online footprint and advising them about where they are over-exposed or perhaps looking into the current risk situation of an individual travelling to Singapore or Hong Kong.

So it’s varied work? ‘We are involved in everything’, Giddins agrees, ‘from finding very unique items that are taken, such as unique jewels, to cars. Recently we investigated the theft of a £780,000 car – it was recovered. We also help small businesses, entrepreneurs and family-run companies. With these, we’re seeing a growth of ‘insider’ threats, theft from employers, lots of low-level fraud, even disgruntled household staff posting embarrassing images of client homes, causing reputational damage.’

The insider threat has increased since the first lockdown, as people have been working from home. People working for large organizations in their remote offices are having their information stolen by competitors. ‘But it goes beyond this,’ Giddins warns, ‘to the national level: rogue nation states, the Russians, the Chinese. It’s in their interest for them to sidle into organisations, and commit commercial espionage.’ This is happening in medical research, pharmaceutical organisations, universities and future tech companies. ‘It’s really exposed out there at the minute, and we’re very vulnerable. We have this view that the government will somehow protect us, but they won’t.’

Tahany agrees ‘Everything you’ve ever said, everything you’ve ever done, is becoming more and more exposed.’ The analysts, the more junior members of a team, will explain to second-generation multi-millionaires the risks they take with social media. Although he doesn’t think it’s credible to ask young people to not use social media, he advises that ‘it’s just about being sensible, about being mindful of what you’re posting and where. From a retrospective reputation perspective, but also to protect yourself from malicious actors such as fixated individuals.’

So should we be learning more future-facing skills like coding and data scraping rather than Pythagoras? Giddins isn’t about to take a swipe at the education system, ‘I would be very reticent to comment on what people should teach because it’s part of a very established syllabus.’  For Giddins it is about the act of learning itself, and how you apply knowledge.

Simon Giddins is the Managing Director of Blackstone Consultancy, a private intelligence and security consultancy. He read Terrorism Studies at the University of St Andrews, spent 15 years in the British Army and worked as deputy director of special projects for Aegis Defence Services, managing private and government clients internationally. He is a member and advocate of the Security Institute and was awarded the Freedom of the City of London in October 2015.

Tom Tahany studied Modern History at UAE before gaining his Masters in Intelligence and International Security from King’s College London. He has a background in private intelligence and investigations as well as featuring on the Channel 4 programme ‘Hunted’. Tom is also a qualified rugby referee, and continues to referee matches for England Rugby.