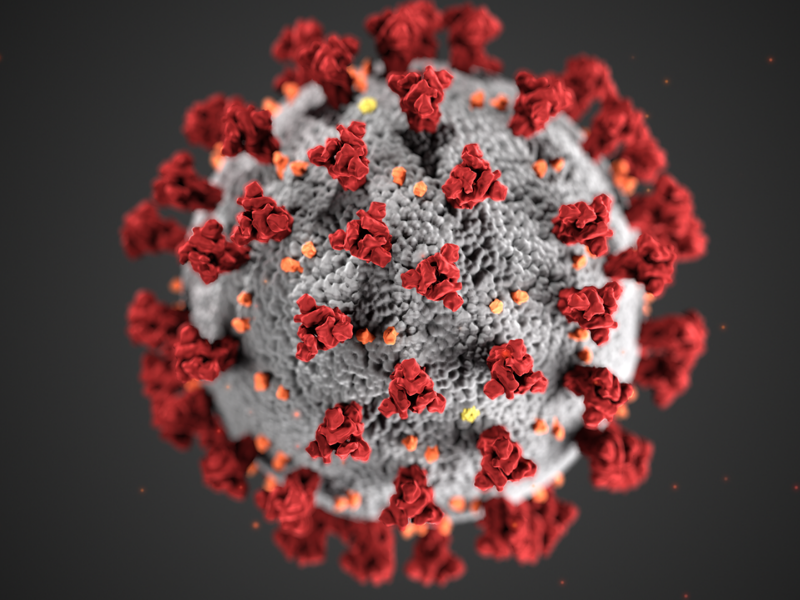 2021 highlights: How to be an Epidemiologist

Epidemiologist is one of those words that has unfortunately been thrust into everyday parlance. Along with, ‘furlough’, ‘coronavirus’ and an ‘R number’, in 2019 you would be forgiven for not knowing the respective definitions. Of course, you can’t get away with that now. In fact, many of us have even transformed into epidemiologists from our armchairs. But other than looking concerned on the television, what does being an epidemiologist actually involve and how do actual epidemiologists feel about the public discourse surrounding the virus? We caught up with three epidemiologists – a PhD student, a doctor and a professor – to find out.

Epidemiologists could colloquially be termed ‘disease detectives’ as they investigate public health problems. They will search for the cause of a health issue, identify people who are at risk and then determine how to control the spread or prevent the problem from recurring. But PhD student Florence Walker says that despite the pandemic, many people still don’t understand what an epidemiologist does. “I thought at least now everybody will know what an epidemiologist is and actually it’s still the case that I’ll tell people, ‘Oh I’m an epidemiologist’, thinking they will go ‘oh that’s so cool, that’s amazing,’ and instead I get a ‘What’s one of them then’ or an ‘Oh, I’ve got a problem with my skin, let me tell you about it’.”

After graduating with a Masters in epidemiology from the London School of Hygiene and Tropical medicine, Florence has been looking into the consequences of people not taking medication properly as part of a PhD at the University of Edinburgh. As a student epidemiologist, she admits she finds some of the conversations around lockdowns frustrating. “Some people say the restrictions are ridiculous but you know, we have 75% fewer cases of flu this year which means that the lockdown is working.”

She adds: “It’s been a long time since anybody thought that the miasma theory (the theory that bad air is the main cause of every disease) was correct. We’ve got germ theory. We know that you can’t get infected unless you are able to transfer pathogens.”

“People say oh well it’s just like a cold, well it is just like a cold for a lot of people but the problem is the percentage of the population for whom it will not be like a cold, it will be a life threatening if not life taking illness, is enough to overwhelm our national health service. We have to protect the NHS,” she sighs.

Florence herself has had coronavirus and as a consequence, she lost her sense of taste. “I put a spoon into a bottle of Colmans mustard and ate it and it just tasted like powder.” Thankfully it is back now.

For people who are considering getting out of the armchair and doing a PhD in epidemiology, Florence says: “The only bit of advice I could give anybody who wanted to go and do a PhD is “find your supervisor”. “PhDs are really lonely and I know lots of students who speak to their supervisor just twice a year, I have a call with my supervisor three times a week,” she says.

But Florence warns the pandemic has caused a sharp spike in the amount of people looking to do similar PhDs. “When I got mine my supervisor met me at the school and she was just asking everybody ‘do you want to come and do a PhD?’… But this year she advertised for a PhD student and there have been well over 100 applicants. It’s getting fierce.”

Dr Thomas Churcher, who teaches at Imperial College in London, also told us about the spike in interest in studying epidemiology amid the pandemic. “Clearly epidemiology is very fashionable at the moment but that will clearly wane.” He says that an older colleague recalled the wave of interest in epidemiology surrounding the HIV epidemic. “Don’t be attracted to it because you see a lot of epidemiologists on the news. All the hard graft is done between those events,” he says.

Dr Churcher was drawn to epidemiology through an interest in disease after he caught malaria while travelling. He says: “The thing I like about epidemiology is you have to get to a broad understanding of everything that’s going on. It’s the really holistic approach that I find interesting.

“In the past epidemiologists were very much born from the kind of maths and stats background but as understanding of the discipline has increased you have more diverse experiences coming in which is exactly what it needs. It doesn’t need to be just hardcore mathematicians doing it, it needs to be social scientists, it needs to be everything because it is a society based problem.”

Since the pandemic, Dr Churcher has focussed on the impact COVID is having on malaria, to avoid “a double pandemic”. He says while he is pleased the public has a greater awareness of epidemiology now but is frustrated that there’s still an “awful lot of rubbish being talked by an awful lot of people” when it comes to the virus.

Meanwhile, Professor Sarah Lewis, who is a Professor of Molecular Epidemiology at the University of Bristol, says she worries about the relationship between Twitter and epidemiology.

“I keep getting sucked into Twitter. I should stay away from it really but it’s a very good one for finding out new information because obviously data’s generated so fast at the moment. Normally in epidemiology, it will take us months to write a paper and then it will go out to peer review and that can take several more months and then you’ve got to wait for the publication.

“Because policies are being based on the research, everything is coming out so fast and lots of it hasn’t been peer reviewed and it’s posted up on Twitter and you find the latest information there really or in press releases which is quite different. Some of it has dubious quality but before anyone has had a chance to assess the quality it’s gone round hundreds and thousands of people,” she warns.

Professor Lewis says aside from the obvious frustrations at the moment, working in epidemiology is a very satisfying career path. “If you get involved in epidemiology you can apply the methods across a whole load of different subjects.”

“I normally work on using genes to identify risk factors for cancer but also cleft lip and palate and mental health, as well. So that’s quite diverse already. But then, with the pandemic, a lot of the methods that I’m familiar with apply to analysing data relating to COVID as well,” she explains.

She concludes: ”It’s a fantastic field if you’re broadly interested in health and you want to make a big impact on populations. Obviously a doctor will treat a single patient but an epidemiologist could identify a risk factor which could have an impact on thousands of people.”